Welcome to my (belated) second report on the various films I saw while at the Iris Prize Film Festival 2018. See below for films which discuss the hopefulness of the LGBT+ community, the effect of trauma on queer individuals, examinations of queerness in contemporary Britain, and glances at the past of the community.

Following my experience at Iris Prize 2018, I’m very much looking forward to attending it again next year. Iris Prize is the kind of place where you get more out of it the more you put in, and luckily not in the money sense of the phrase. Even if you only decide to attend a single programme of short films next year, you can easily make the most of the moment through contributing to the Q&A/comments section with a number of the filmmakers, chat to them and other industry professionals during breaks, enjoy some complimentary refreshments (always a plus), attend the free lunches in the festival’s various venues (again, always appreciated), pop along to the two parties each night, and meet some great people along the way. 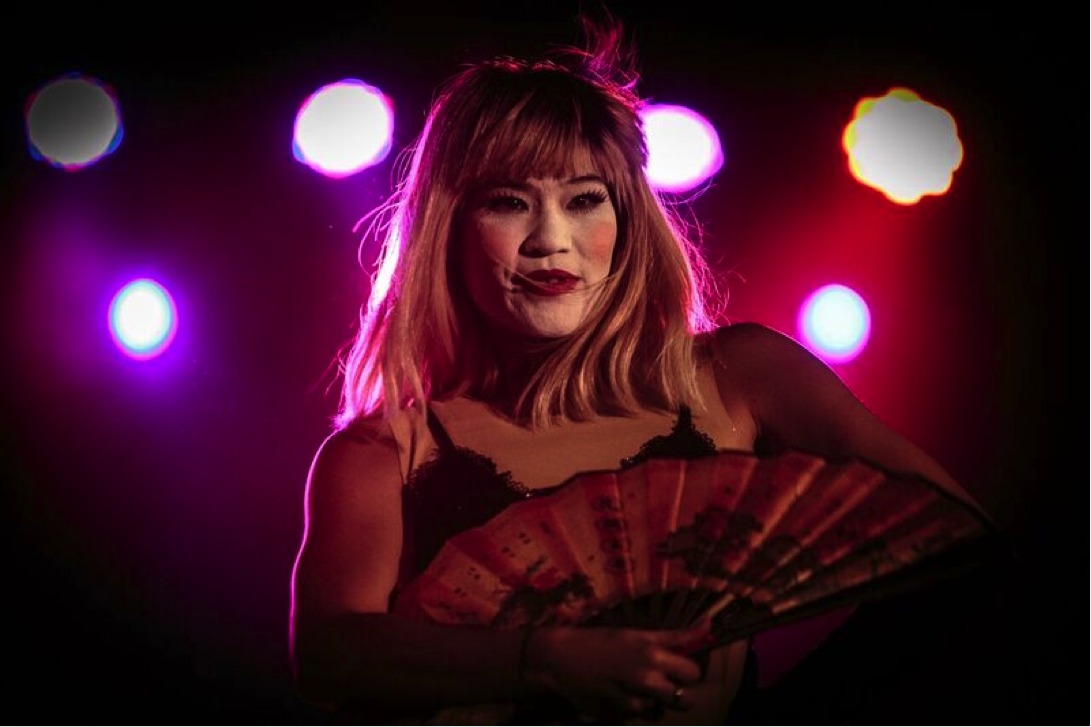 The quality of the day’s first shorts programme came in fits and starts. The films Two, Bleach and 46 each fell into a similar bracket of having some interesting dynamics and elements at play within them, but were each ultimately bogged down by their flaws. The most engaging aspects of Two, namely the racial components behind the homophobia against the protagonist, and the way the film cut between the protagonist’s reality and fantasies, were very much underutilised in the piece. Likewise, Bleach, while presenting some engaging shifts in its various antagonistic forces, became increasingly similar to Two in presenting a reliable, if cinematically repetitive, slice of British realism.

While I appreciated 46 in attempting to present a very different kind of gay film, its messy, unclear character work led to a lack of emotional connection to the piece, which severely diminished the final effect of its story of sexual assault. Despite their flaws, these three pieces each indicate strong potential for their filmmakers in the future, with small components in each film hinting at a more unique identity trapped within a familiar construction.

A short documentary, The Unlimited House of Krip, captured the rehearsal process of the first “House” of D/deaf performers in vogue ball culture. With its editing style lending it the feel of a YouTube documentary, it could benefit from cutting down the runtime to focus on the piece’s more interesting aspects, including how the various D/deaf performers each hear different parts of the music, and how they need to time their routines by ‘feeling’ the music. A silent piece, Crashing Waves presented two men expressing their love through dance amidst the high-rises of a council estate. With some moments of excellent choreography, the film offers a distillation of a number of the emotions and narratives found elsewhere in the festival’s short films.

Included in the best 3 British films shortlist, Ladies Day was also a clear audience favourite. The film follows a young unconfident lesbian who visits the hairdressers and has to navigate her discomfort with the insidiously homophobic chitchat from the customers and staff. With the script lending a three-dimensional quality to these interactions and its characters, the film creates a surprisingly effective contrast between these slice of life interactions and its colourful, poppy art style. At times sweet, realistic and fun, the piece is quietly confident in its construction. An utter joy. Also, somewhat crucially with being set in a hair salon, the hair and costumes in the film were fantastic. Let’s get a Ladies Day lookbook going.

Masks, the first film of this collection, reflects the Orlando nightclub shooting in 2016 through its fictionalised story of a closeted woman who gets caught in a mass shooting with her girlfriend. While the scenes in the nightclub are shoddily put together, the film’s depiction of the trauma and eventual healing process after the event is expertly handled. The next film, For the Good Times, was stinted by a blunt awkwardness in its writing and the majority of its performances, with any appeal the piece had having worn out long before it finished. The final film, How I Got to the Moon By Subway, features a man who, after being diagnosed with ALS, records a voice bank with his partner as preparation for when he loses the ability to speak. While its mix of realist filmmaking and occasionally cosmic moments didn’t entirely mesh for me, the sincerity of the central performances here keep the film afloat. 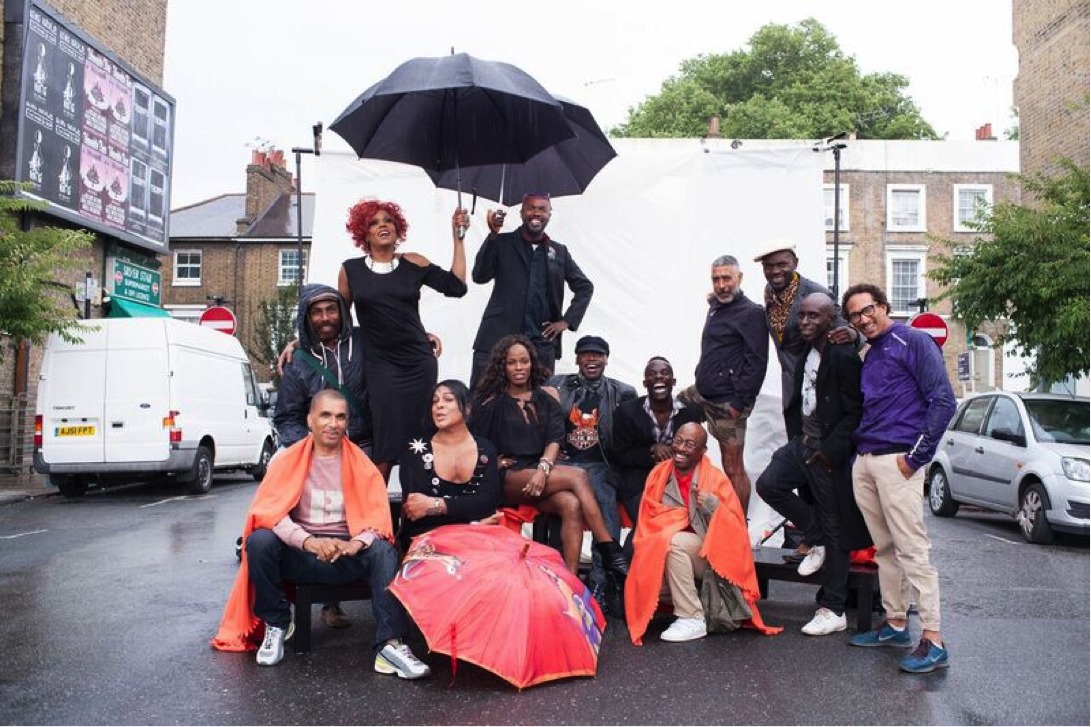 A series of four documentaries which examine both the past of LGBT+ individuals as well as the wider culture and community. Beyond (There’s Always a Black Issue, Dear) featured a fantastic group of black British queer individuals discussing their upbringing, their introduction to gay culture during the 1970s and 80s, and the importance of black British people throughout the history of the LGBT+ movement. Featuring a crisp use of imagery and stock footage stemming from the director’s background in still photography, the piece went on to win the award for Best British Short.

Two shorter documentaries followed suit, Fleshback: Queer Raving in Manchester’s Twilight Zone and A Long Line of Glitter. Fleshback examined Manchester’s queer clubbing scene in the 80s-90s, while Glitter quietly interviewed a number of 50+ aged queer individuals based in Glasgow. Both contain some engaging interviewees and are bound by an informative construction, and with each being available to watch on YouTube, if you find yourself interested in either topic then you can’t really go wrong.

The highlight of the collection for me, and a film which received a special commendation for Best British Short, was Angela Clarke’s Bachelor, 38. The piece centres around Bryan Robert Bale, an old Welsh man reflecting on when he moved to London in the 1960s and met the love of his life. While Beyond and Fleshback were both imbued with a heady sense of speed and rhythm, with multiple interviewees, extensive archival footage, and sharp editing employed to convey all of their information, history and voices within their short run times, Bachelor, 38 in contrast offered a much more intimate piece. With subtle direction from Clarke and the only voice onscreen being Bale, the film truly savoured the imagery of his memories and simmered along the qualities of his voice, with a favourite moment of mine being the emphasis on the chip butty which became a pivotal icebreaker for his boyfriend. Although these various techniques are small and simple, they created a tender, loving experience of a film that left a big impression. 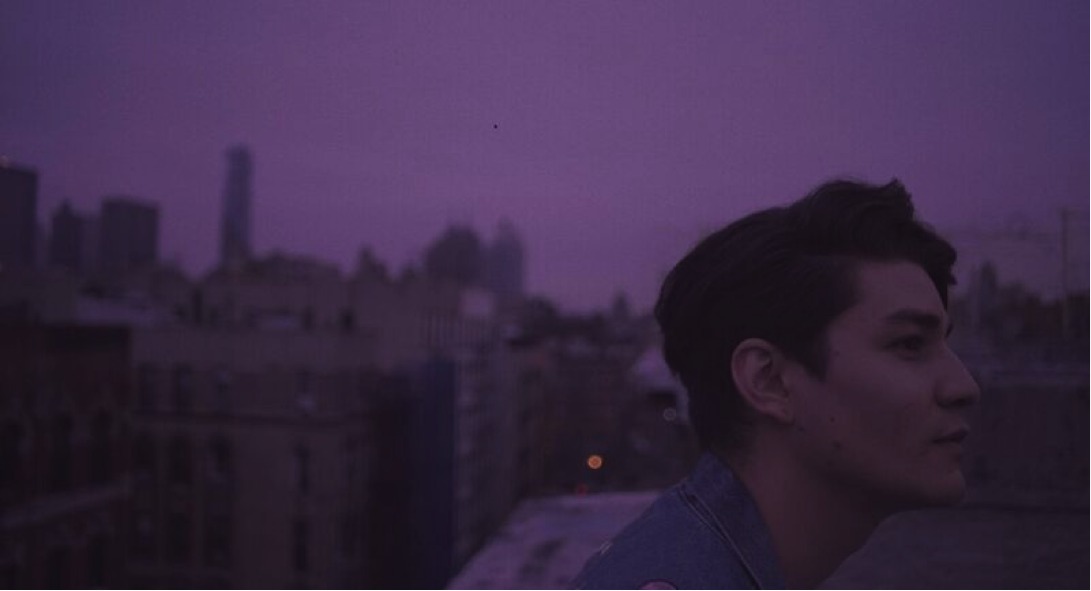 Next up was the subtly titled The Shit! An Opera. The IMDb page summarises it better than I ever could – “After taking the biggest shit of his life, Frankie is inspired to successfully bottom for the first time”. With its jump cut-centric editing, The Shit! has a madcap energy to it and feels like a good skit in a wider TV programme. The film features among other things narration, a boxed-in aspect ratio, occasional VHS camera effects as well as brief moments of animation. Set in 2017 with a twenty-something character, the various effects feel rather anachronistic and do clash together, but are employed with such a confidence and speed which prevents them from detracting from the final film.

Directed, written by and starring Korean-American filmmaker Nick Neon, Zero One follows a lost, disillusioned young man butting heads with his more successful family when he sees them for the first time in years. Shot with a bombardment of pink, blue and purple hues, the film’s cinematography, onscreen captions and editing style make it feel utterly crisp, modern and fresh. Neon is credited as having “Cut and coloured” the film, lending it the feeling of a piece of tactile artwork. It was fascinating to hear Neon answer my question and discuss others during the Q&A after the screening, where he discussed among other things how his background in directing K-pop and his love of genre cinema all contributed to the refined aesthetic and editing style he crafted for the film. Zero One acts as a sequel of sorts to Neon’s previous Ultra Bleu which can be seen on his official website. It also acts as a unique package of the artist’s approach, style and capabilities, and I can’t wait to see what he does next.

Although completely different in approach and subject matter to the aforementioned Crashing Waves, the animated film Bacchus proved similar in the way it successfully distilled the essences of desire and discovery found elsewhere in the festival into a short, silent piece. Following a depressed young woman who rejuvenates her life when discovering her love for women, the animation has a great use of light, texture and shadow. With the whole film being free to view online, and only five minutes long, the piece offered a great figurehead for the programme here. Last but not least was The Things You Think I’m Thinking, the story of a burn survivor and amputee who faces difficulties in experiencing intimacy for the first time since his accident. With the writing and central performances lending an understated sense of realism to the characters, the film proved to be a great way to cap off the collection of short films, as well as my experience with Iris Prize 2018.