Nestled into the shoulder of the Black Mountains, Green Man is a gem of the UK festival circuit with a history of presenting the best upcoming, alternative and left-field line ups in the friendliest of settings. Running from Thursday to Sunday, the event attracts some 25,000 festival goers, who enjoy a truly vintage (and dry) year in 2018. 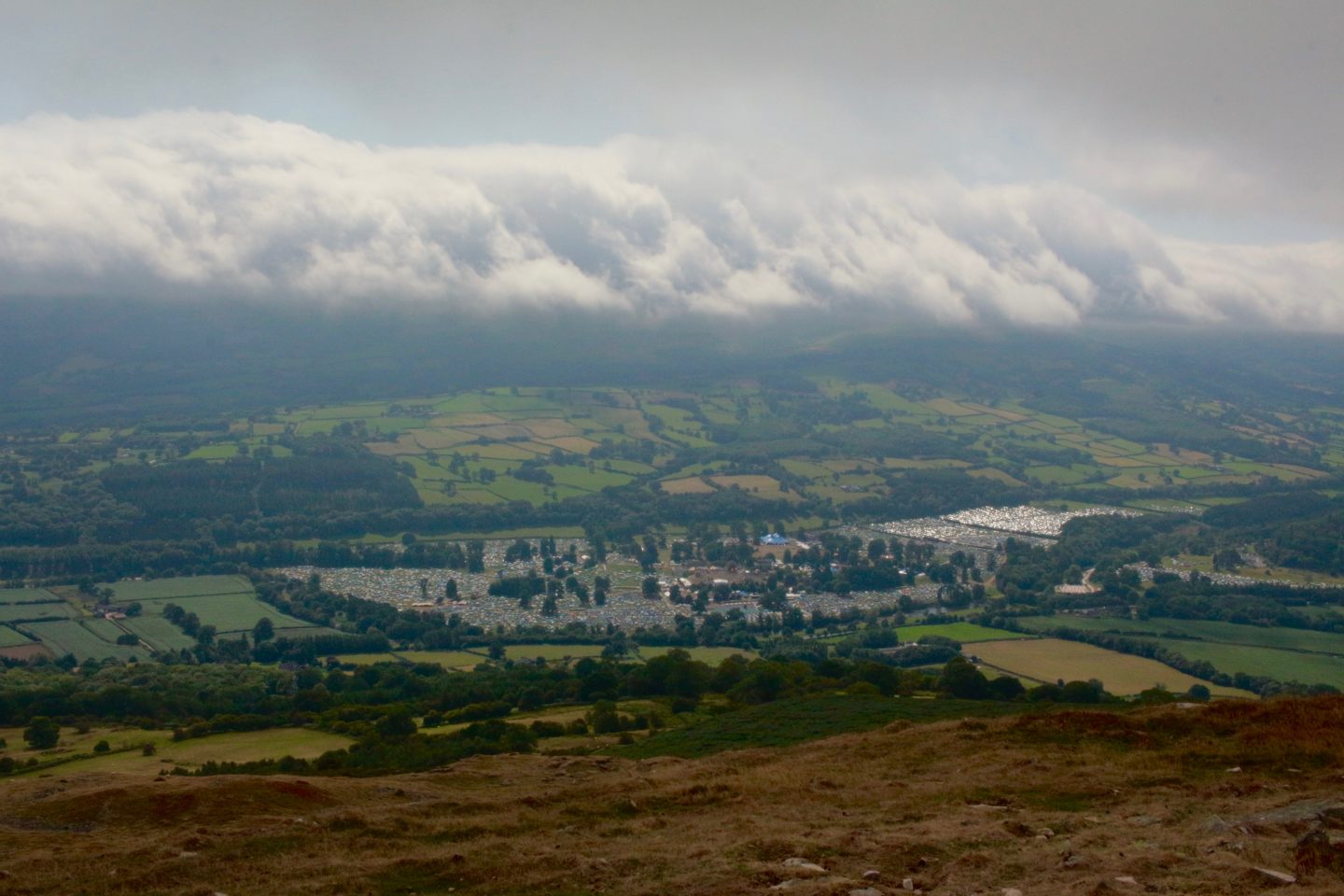 View of the site from Crug Hywel

Public Service Broadcasting welcome the Thursday night arrivals with a set that could not have resonated more with the Welsh members of the crowd. Playing tracks from recent concept album ‘Every Valley’, conceived in and around the Ebbw Vale Institute, their distinctive use of archive recordings, looped over pulsing indie-electronica, provided an eerie soundtrack to visuals taken from the mining industry of the South Wales valleys in the early and mid-twentieth century. Joined onstage by 9Bach vocalist Lisa Jen, as well as a male voice choir, the Londoners capture an important slice of Welsh history and entrance the first large crowd of the festival. 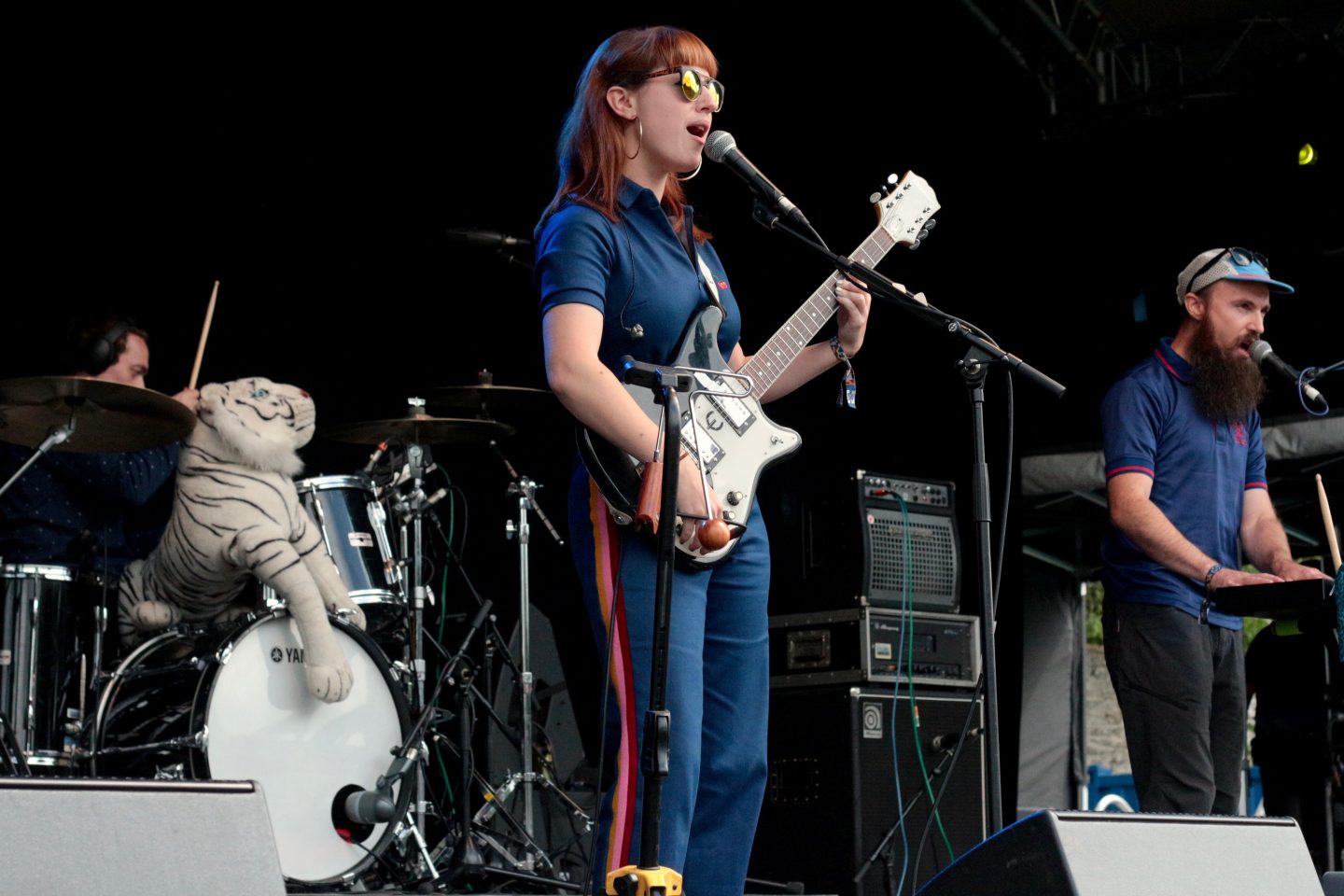 Cardiff’s HMS Morris opened Walled Garden on Friday with an indie electro pop salad of sound; charismatic lead singer Heledd Watkins washes down a morning coffee with a slinky bilingual set of songs from 2016’s ‘Interior Design’ and a forthcoming Autumn release. Keeping the Cardiff representation in check, Perfect Body’s hazy psychedelica pulls a sizeable afternoon crowd to Greenman Rising, before Joan As Police Woman invites us into a world of sharp lyrics, stylish soul vocals and basslines to rival the likes of Vulfpeck and BadBadNotGood. 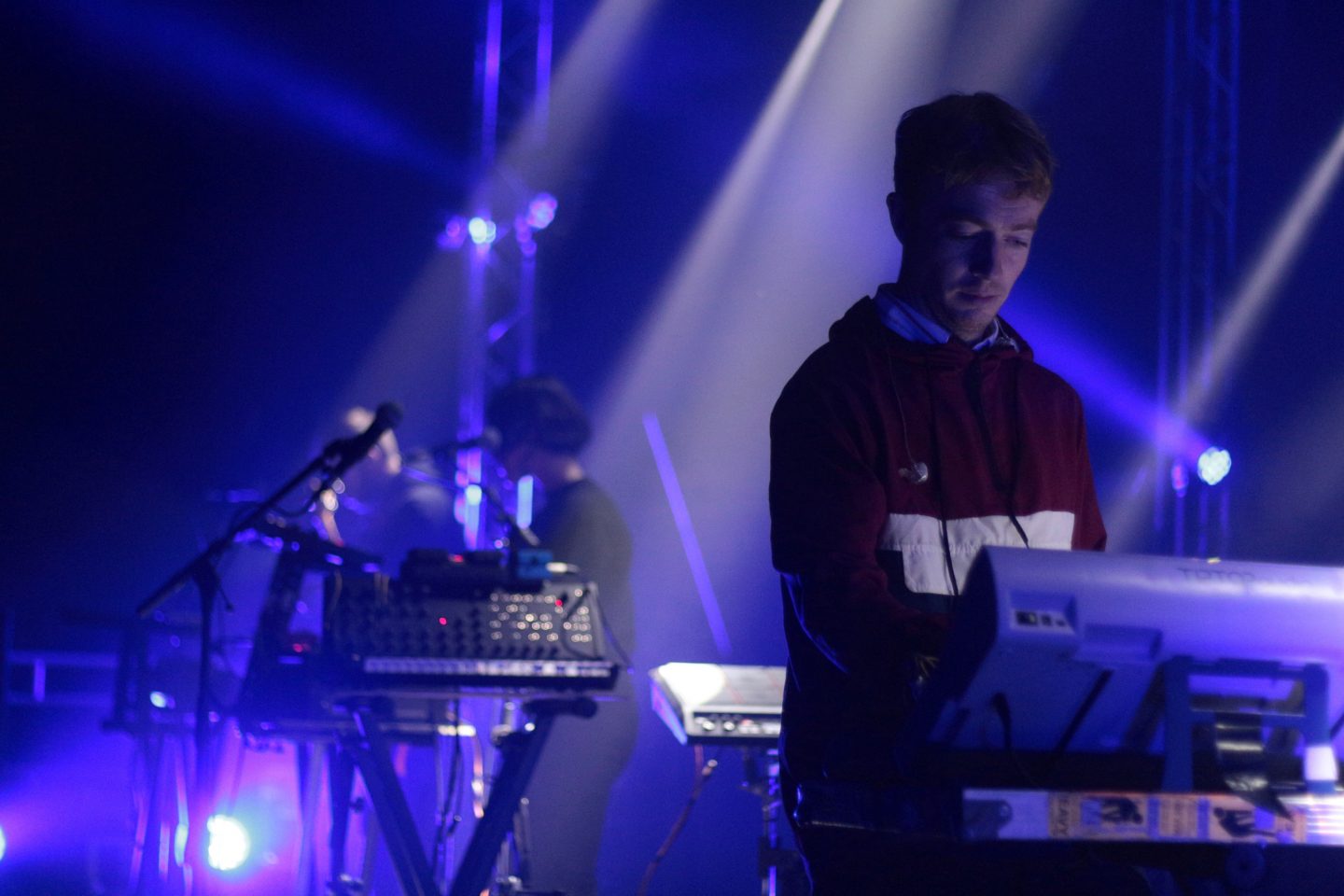 Changing gear into Saturday night, Dirty Projectors mainstage set is as varied as it is consistently high energy. Gorgeous vocal harmonies hit angular electronic arrangements and jazzy brass that spins us into the orbit of a truly majestic live set from Floating Points over at Far Out. The part time neuroscientist, fully acclaimed Producer and DJ makes intense and intelligent electronic soundscapes that ooze into the dance tent ready for post-dubstep pioneers Mount Kimbie to bring an otherworldly set of tunes from their progressively upbeat back catalogue. 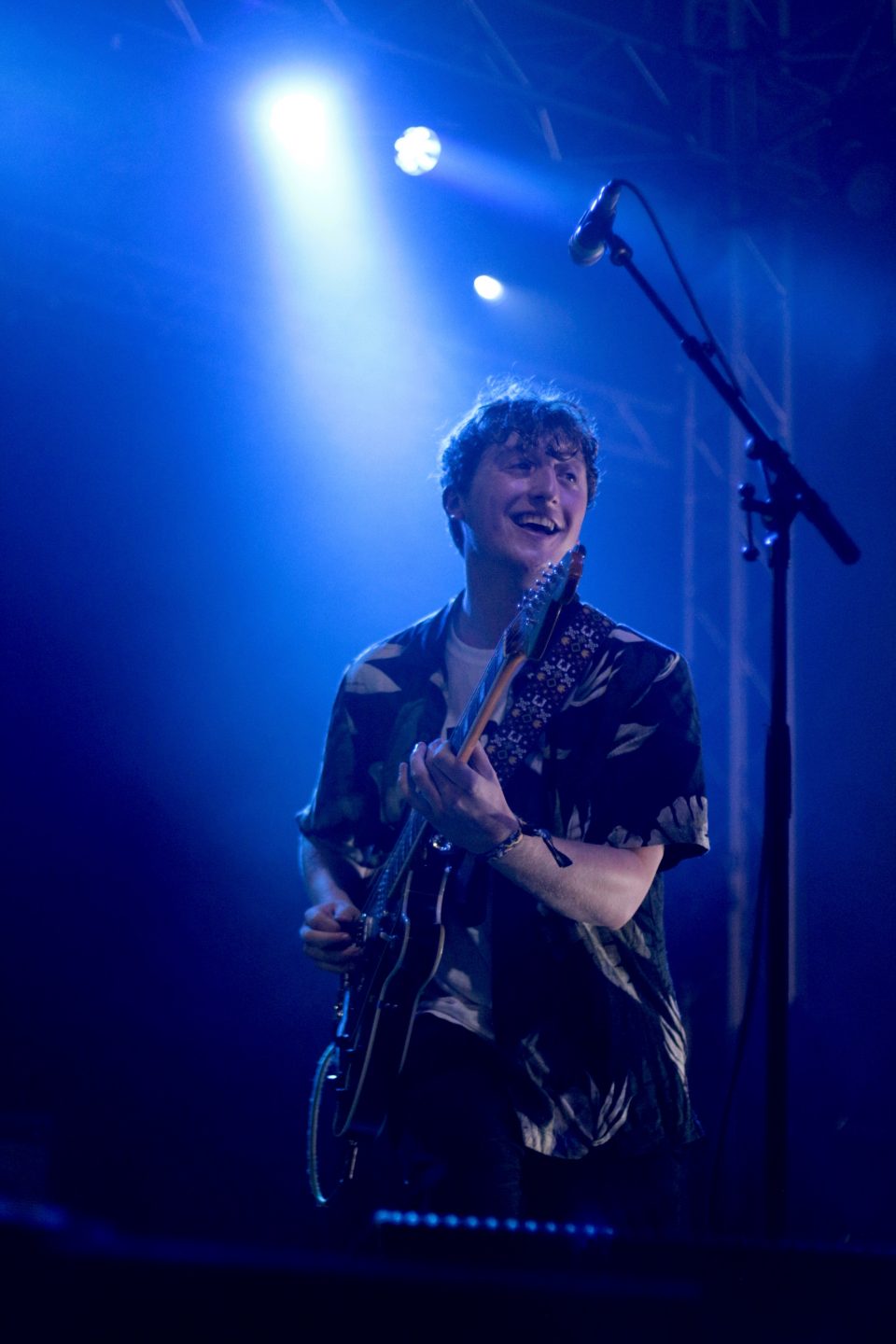 Saturday kicks off with another of the many promising Cardiff bands at this year’s festival, Boy Azooga. Riding a wave of BBC Radio 6Music induced hype – without losing an ounce of their local-lad humility – the band are joined onstage by members of Afrocluster to finish with a cucumber-cool cover of Jungle Boogie. Lead singer Davey doesn’t leave the stage without sharing a list of his favourite Welsh artists, including Carmarthen’s Adwaith – a young four piece who storm through a set of Welsh language indie on the Rising Stage to stir up the spirit of Maes B. 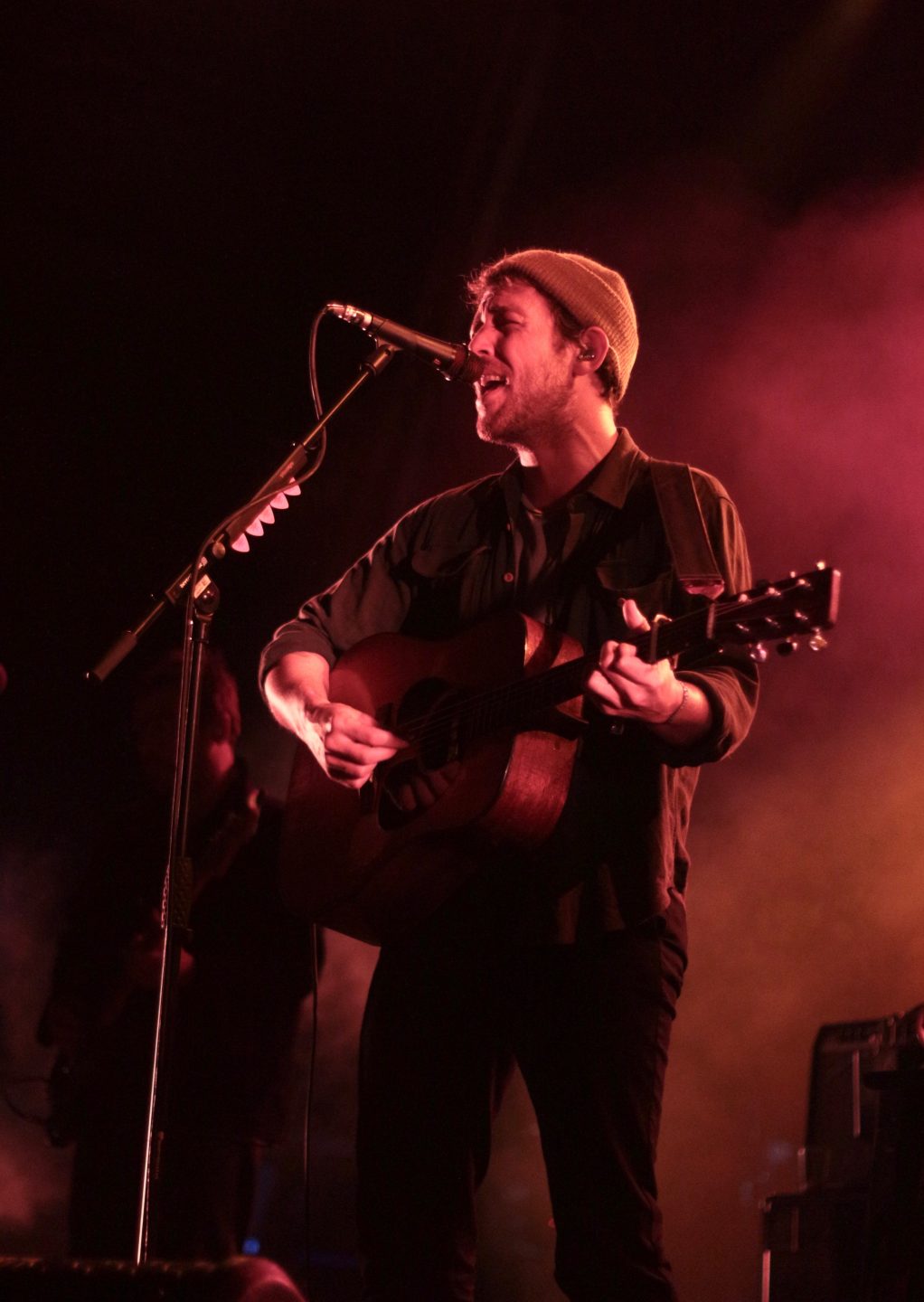 John Grant’s epic sound translates beautifully live and although caught out at times by some pitchy vocals, his heartbreaking and witty storytelling is emotionally received by a forgiving crowd of fans. Majestic and masterful, Fleet Foxes are the perfect Saturday night headliner – the collective’s mesmeric melodies have never sounded fuller than in the amphitheatric hollow of the mainstage. It is the job of Simian Mobile Disco, and their spectacular collaboration with Hackney’s all female Deep Throat Choir, to send Saturday night revelers spinning into Sunday – a small few were even treated to an intimate, impromptu performance from the vocal chorus in a chilled Walled Garden after party. 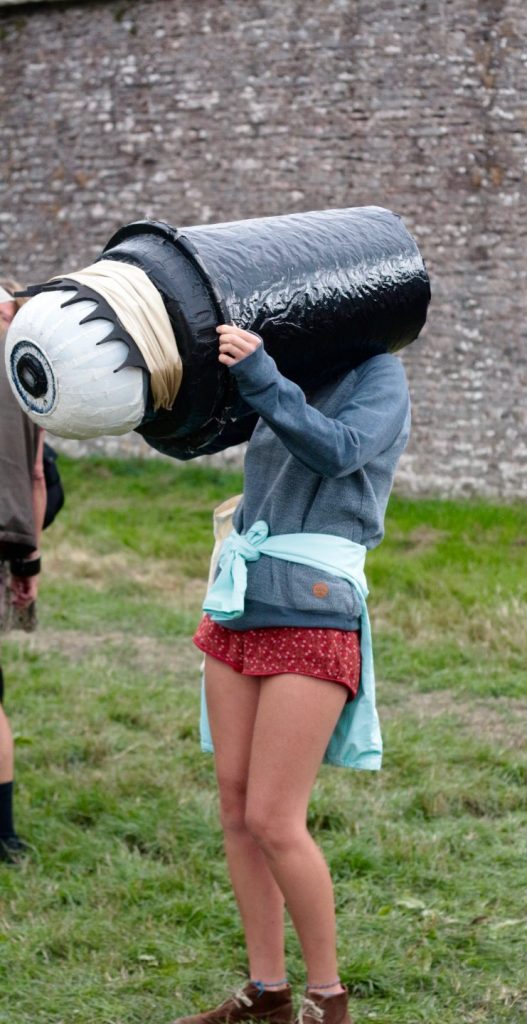 Sunday afternoon is the time for recovery at a festival, with delicate heads exploring the non-musical elements of the programme. And Green Man has plenty to offer in that regard, from science, environment and lifestyle workshops in Einstein’s Garden to comedy and interviews at Babbling Tongues. We took the time to climb the nearby Crug Hywel (Table Mountain), taking in the spectacular views of the festival site from the 700m summit and beating back the hangover pangs with a generous helping of Black Mountain air. Back down from the hills to catch Frankie Cosmos’ indie-dream-teen-pop set at the Walled Garden, her set sends Juno soundtrack waves of nostalgia through this predominantly twenty-something crowd. 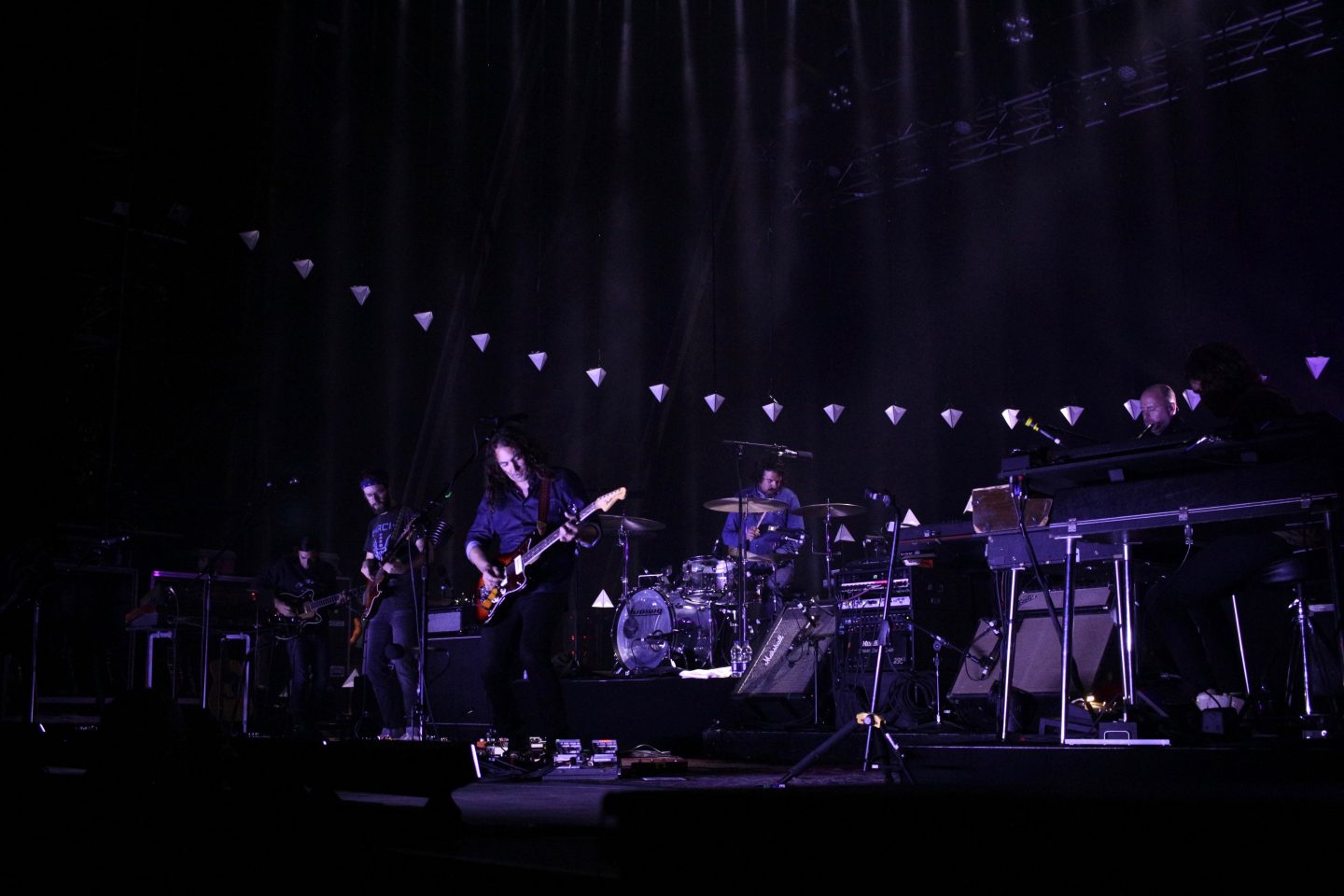 The War on Drugs

Grizzly Bear’s staging creates a cave – opened by a hypnotic expanse of sound. Whilst not quite as round as their recorded material, this set provides accomplished hazy rock to accompany the picnics of thousands grazing on the grassy slopes. Philadelphia’s War On Drugs close proceedings on the mainstage with a masterful 90 minute set, their grand guitar driven melodies and pulsing crescendos filling the Glanusk Estate with a glow to match the star filled sky of the Brecon Beacons. This is a band on top of their game, satisfying their cult following and winning over scores of new fans with an orchestrally epic live soundscape.

The ritual of burning of the giant Green Man pulls festival goers together to mark the end of the festivities. Sleepy families stare at the fireworks and crave the warmth of the fire, as Penarth’s legendary Drum n Bass producer High Contrast prepares to send those still standing into Monday morning. His stonking set of pop remixes and genre-defining tunes at 180bpm is the upbeat denial of the looming drive home. 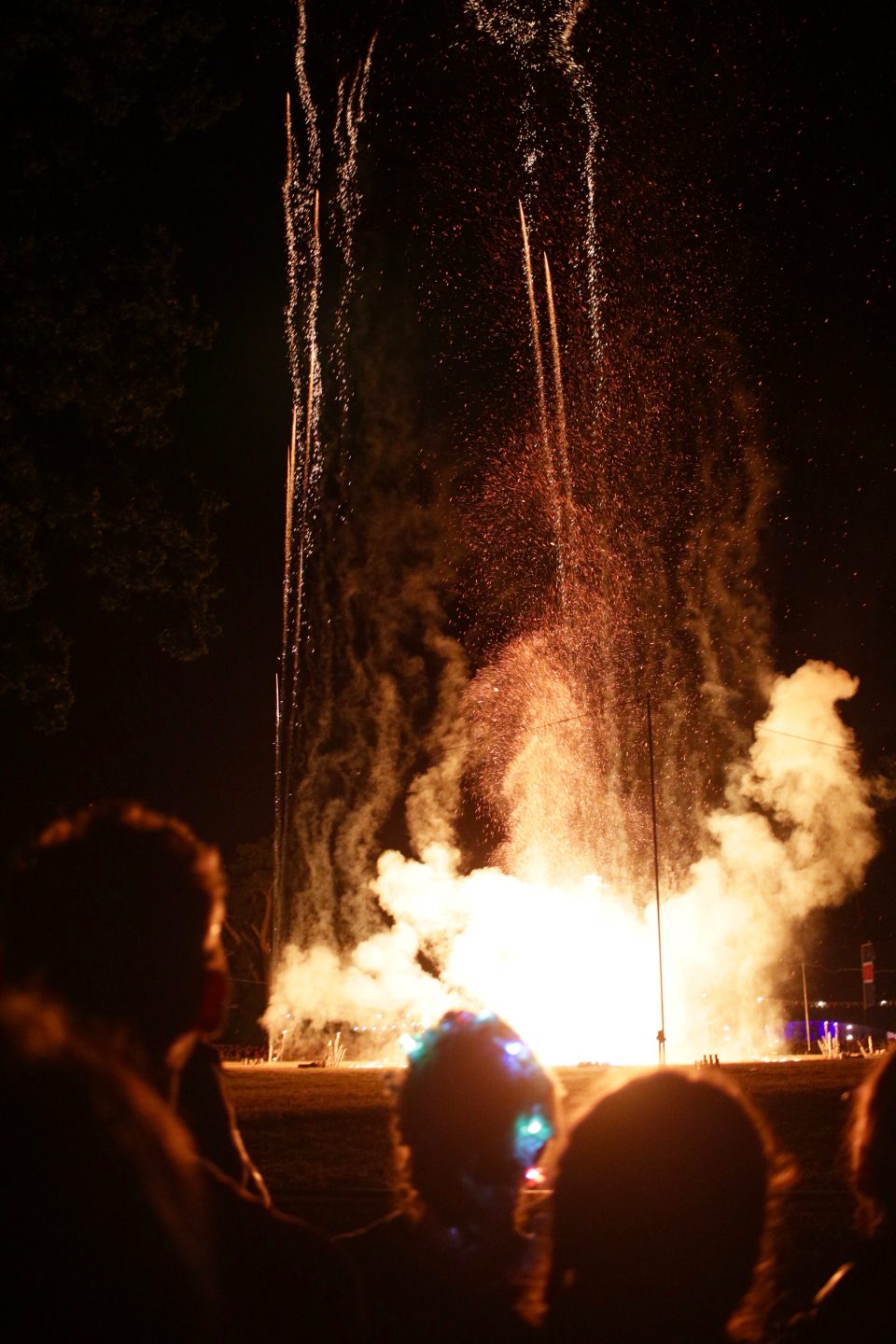 Curated carefully, with the balance of experimental and unpretentious finely in check, Green Man once again excels itself as a highlight of the Welsh cultural year. And with options for young people to steward or buy a reduced price youth ticket, it is surely worth the hour drive up from Cardiff next summer.