A Guide to Cardiff for International Students

Are you an International Student arriving in Wales for the first time this September? Here’s Sprout editor Andrew’s quick guide to the city! 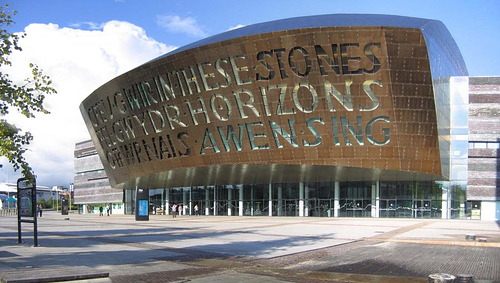 Formerly known as Tiger Bay, this area is pretty much the only reason Cardiff became a City (as the old song doesn’t go, “we built this city on docks and coal”). It’s an historic shipping port, which exported Welsh coal from the South Wales Valleys to the rest of the world, helping to power the Industrial Age. The coal mining industry helped fund the growth of Cardiff to become the capital city of Wales and helped make the owner, The 3rd Marquess of Bute, the richest man in the world at the time. However, while he and others benefitted, it was known as one of the most dangerous and crime-ridden places in Britain.

Migrant communities from up around 45 nationalities (including Norwegian, Somali, Yemeni, Spanish, Italian, Caribbean, and Irish) helped to create what is now considered the first truly multicultural areas in the world. As merchant seamen arrived in Cardiff from all over the world, only staying for as long as it took to discharge and reload their ships, Tiger Bay became the red-light district of Cardiff, and many murders and other crimes went unsolved and unpunished, as the perpetrators had sailed away!

These days, this is a really nice, must-see area of the city. It’s the newest part of Cardiff, a waterside development that is home to loads of bars, restaurants and attractions. Here you’ll find the country’s political chambers, the Senedd (pronounced Sen-e-th), the Millennium Centre (Wales’ Opera House), as well as loads of bars and restaurants. It’s a nice place to be and not really that expensive, but probably one of the must-see parts of Cardiff. If you’re interested in seeing a show at The Millennium Centre, check out our reviews- we get a chance to review everything at the WMC. You can walk straight into the Senedd free of charge and watch a live debate (if one is taking place).

You should also check out the historic Coal Exchange building (now a hotel and bar called The Exchange). This is where companies would purchase their coal, before sending it around it around the world, and it was in this building that the world’s first £1 million cheque was signed! They do Welsh-themed cocktails in the bar area, and also serve great, if a little expensive, food.

If the weather is nice (unlikely!) you can walk across the Barrage. This takes around half an hour, and takes you from the Senedd/Millennium Centre (which are right next door to each other) across to Penarth. This £120 million construction, which essentially stops the tide – that’s right, the Welsh beat God! – is the reason that Cardiff Bay has been able to transform itself from post coal-era wasteland – which was basically smelly, silt mud – into the waterfront area it is today. There’s a famous film about an unlikely friendship between a young Tiger Bay girl and a Polish sailor, who get embroiled in witnessing a murder. Starring Hayley Mills, the film has a 93% Google Films rating (only 7.6 on Rotten Tomatoes, but what do they know!) and can be viewed for free on YouTube here. 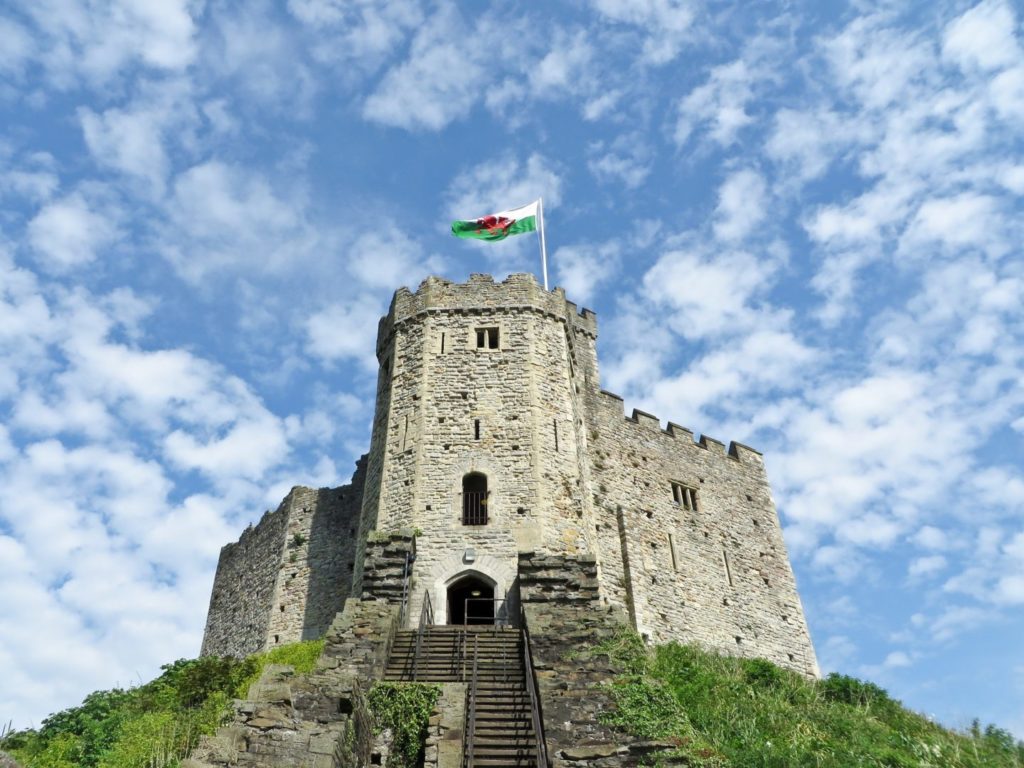 I spent far too long just writing about the Bay, so will try go for bullet points to speed through this next bit:

● Visit Cardiff Castle – Originally built in the 10th Century by the Normans, the castle has a good history of being invaded and attacked. However, what you’ll find there these days is more like a 1920’s Gothic Grand Designs. I even got married there!

● Buy a Lovespoon – It’s not as rude as it sounds… A Lovespoon is a wooden spoon decoratively carved that was traditionally presented as a gift of romantic intent. It’s carved into various symbols, each of which has its own distinct meaning. You can buy them in The Welsh Shop opposite the Castle.

● Buy a Wales shirt – Official ones are probably a bit expensive, and may also be sold out, but you can buy generic red jerseys with a dragon/three feathers on for around £10-20. Again, pick one up from either the Welsh shop, or a nearby sports shop.

● Try Half a Dark – Wales most famous brewery, Brains, sells an ale called Dark. However the real reason to order a half a dark is that it’s a phrase which perfectly expresses the Cardiff accent, which often drops ‘h’ and elongates vowel sounds like ‘A’ (‘aarf a daaark, at Kaaardiff Aaarms Paaark)

● Visit the Principality Stadium – Formerly the Millennium Stadium (and still known as that by many people), it’s home to the Welsh rugby team and, on occasion, the football team. It’s slap-bang in the middle of the city centre, right by the castle. You should definitely try to get a photo standing outside the stadium. You can also have a paid tour of the stadium.

A quick list of places you may catch a live performance.

Catch a play or two here. 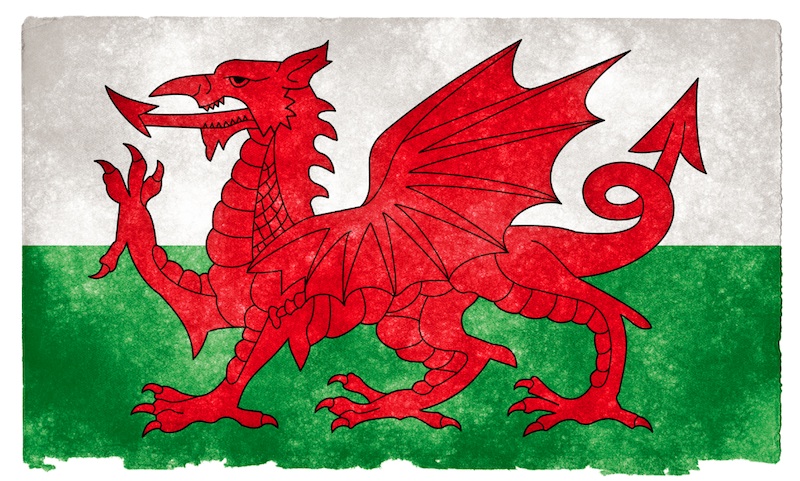 ● Tidy — a general term of approval. It covers a variety of meanings including tidy looking ‘nice-looking’, tidy sort ‘decent’, tidy job ‘job well done’ etc. although some claim it has no direct equivalent in standard English.

● Lush, Cracking — great, fabulous, attractive. ‘That was well lush’ or ‘That food was proper lush’

● Half — an emphatic particle, e.g. s/he’s half tidy, general approval expression; he don’t half kid herself, ‘he is pretentious/grandiose’

● Cwtch – (Pronounced ku-t-ch) This is a ‘Wenglish’ word. It’s not a real Welsh word, but it’s not used by people outside of Wales. It means to cuddle or feel cosy. You’ll see t-shirts saying things like ‘Anyone can cuddle, but only the Welsh can cwtch’. 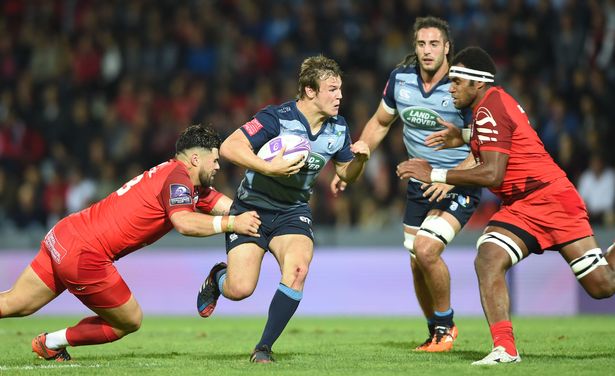 Rugby is Wales’ national sport. If you’ve never seen a game of rugby, it can be a very confusing sport. There are a lot of complicated rules and it can be hard to follow. However, here are the absolute basics:

● Play with an egg-shaped ball

● There are 4 ways to score points:

○ A try – A try is worth 5 points. To score a try, the player must touch the ball over the try line are of the field.

○ A conversion – Once you score a try, a player attempts to kick the ball over the posts (A giant H) for an extra 2 points

○ A penalty – If one team breaks the rules, a penalty is given. The team can choose to kick at the posts (amongst other options). If they are successful, they are awarded 3 points.

○ A drop-goal – At any point in play, a player can attempt a drop goal. This is a difficult kick, as the player drops the ball to the ground, and then kicks it as it bounces. If it goes over the posts, they are awarded 3 point.

YOU’VE COME TO THE RIGHT PLACE!

How to keep on top of everything