EU Referendum Series #2| Interview: What Will Happen To The EU Students If Brexit Wins?

The EU Referendum is just around the corner and will decide the future fate for Britain on its European Union Membership, with team Brexit (BritishExit) wanting to leave the EU and team Pro-EU wishing to stay. With less than 80 days to go, there are still a lot of questions to be answered, especially on what will happen to the universities funding if it goes to Brexit. What will happen to the EU students if the UK leaves the European Union?

On the 17th March, I interviewed an Italian student called Andrea D’Acunzo at the Atrium Campus, which is part of University of South Wales, in one of the staff meeting rooms. Andrea is currently completing his BA Degree in Computer Games & Design and he is in the middle of his 2nd year. His main ambition in the long-term for his future career is to set up a computer games company with some of his colleagues from the university here in the UK. Or, if the opportunity arises, he declared, “Maybe there is the chance to get back to Italy where I come from and try and do that there. The future shall tell.”

The above clip is audio only.

Andrea is just one of 30,000 students attending the University of South Wales, all trying to become professionals in specialised fields and to find decent jobs. At the Atrium Campus alone, there are around 3000 students who study in specialised subjects related to the arts, like Theatre, Set Design, Gaming, Animation, and more. The University of South Wales is one of the top three universities in Cardiff along with Cardiff University and the Cardiff Metropolitan University and some of its funding is received by the EU grants because of the UK being a part of the European Union.

What will be the likely impacts of Brexit on the funding of this University and for the UK?

After going through a series of questions with Andrea, he explains what the likely outcomes might be. He tells me:

“I personally think that obviously the unified EU funding will be cut off. Not immediately, but soon afterwards, as with the Scottish Referendum – if Scotland had decided to leave the UK, there would be have been a time for the actual separations to occur. I think in the event of a Brexit, Great Britain would be given a certain amount of time to process the exit from the European Union. What will happen is the funding will be lowered more and more until, in the end, it stops.”

This year in 2016, there are around 430,000 international students who study in universities throughout the UK and a large percentage of that figure are citizens from the European member states, like France, Spain and Germany. With the referendum approaching, the big question is:

What will happen to the European students in Cardiff and around the UK?

Whilst addressing this issue to Andrea, he gave a very detailed breakdown as to why being an EU student has its advantages and what could happen to him and any other EU student if Team Brexit win the vote.

“The thing is, as of now, my permanency at the University and in the UK is regulated by European policies. I feel very European and, in a way, I feel protected, but even if this isn’t my home country (because I am Italian), I still feel at home in a way. It is a different language, a different environment, but still part of the same broad organisation.”

He then goes on, stressing, “And I am an immigrant for this matter. So, what will happen to me? Probably, if I am still at university or using funds coming from the EU or governmental funding for European students, if they change their policies, I will need to find an alternative. For example, as of now, I enjoy the same tuition fees as the UK citizens.”

But, if it changes?

But, if it is to change, it will depend on many many factors. Would one of them be the central or local governments deciding on whether or not the funds will rely on taxes and internal outcomes not coming from the European Union? Would it be enough to grant to foreigners the same or similar policies as before? Maybe we will be treated like international students, which is another system. This is probably the most likely occurrence, maybe not immediately, but it will be eventually. If you are not from the UK but from France, Italy, the United States, South Africa, you will be regarded as the same and not a UK citizen.

The UK membership in the European Union has allowed the research/education sectors in Cardiff to thrive in not just Science but also the entertainment industry, like in film and gaming, which has attracted a big percentage of European Students who wish to study in the university to achieve their career ambitions. 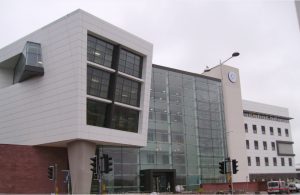 The recent financial situation in Europe still remains fragile in countries like Italy, Greece, Cyprus and Portugal. The unemployment rate within the EU has reached 21.6 million, and a majority of those people are trying to find work in Germany, France and the UK thanks to the Schengen Agreement (free movement within Europe). The UK economy is now stable and recovered and one of its best exports is education. Cardiff benefits a lot from the many European students who prefer to gain their education here than in their home countries. Another advantage is that the English language is an international language and a majority of people speak English. EU students who can speak English have better opportunities to find proper jobs not just in Cardiff, but worldwide.

Another important factor that needs to be identified is that Cardiff is the capital of Wales, but it is also a multicultural city, which is one of the reasons that it attracts a lot of European students. Andrea argues, “The UK, let’s not lie, is heavily relying on cultural integration. If you live in Cardiff, which is the capital of Wales, or even live in London, you listen to people speaking other languages than English in the street. This happens to me constantly and this is something that, in my opinion, should be seen as a richness, as a resource.

What can European students like Andrea provide to Cardiff and the rest of the UK?

“I came here bringing my resources, my ability and my skills and my will. I have two jobs, I pay taxes, I consume, so I am part of the UK’s economy as much as Cameron – like it or not – so I am an asset for this country.”

Why is cultural integration vital for Wales?

In the end of the interview, Andrea makes his final point why cultural integration is vital for Wales:

“The overall point is cultural integration and exchange is always a resource, it has always been so at any time, everywhere in the history of the world. And there are a lot of people who don’t want to see that and I really don’t know why. I really don’t know why. There are many statistics that say that immigrants in Europe produce more than what they consume. It’s not just saying it but there are official studies coming from official institutions.”

If you wish to listen to the full audio interview with Andrea D’Acunzo, please click this link or look at the box at the top of this article.

This project is being co-ordinated by a young British-Italian living in Cardiff and is being facilitated by theSprout’s Sub-Editor, Tom. If you would like to write, conduct interviews, be interviewed, become a camera or photography assistant, or more, please feel free to email tom@thesprout.co.uk.

Too young to vote?