Posted on: November 8, 2019   Posted by: halynasadventures

On the lead up to Remembrance Day on November 11th, millions of people across the UK proudly wear poppies to honour those who gave up their lives during conflict in the British armed forces.

Traditionally, the poppies worn are representative of natural poppies – red with a black centre, more modernly adapted to have a green leaf. These red poppies are worn in memory and support for the service of the armed forces, veterans and their families. When purchasing a red poppy, the funds go towards the Royal British Legion (RBL).

However, over recent years, there has been an increase in different coloured poppies to symbolise different things. Purple poppies are used to remember all the animals who served and were lost during wartime. Black poppies are worn in remembrance of African, black, Caribbean and Pacific Island’s people’s contributions, meanwhile, the white poppy represents pacifism.

However, none of these coloured poppy variations has received as much controversy as the rainbow poppy. A screenshot of a multi-coloured metal poppy that was being sold on eBay has gone viral after being posted initially on Twitter. 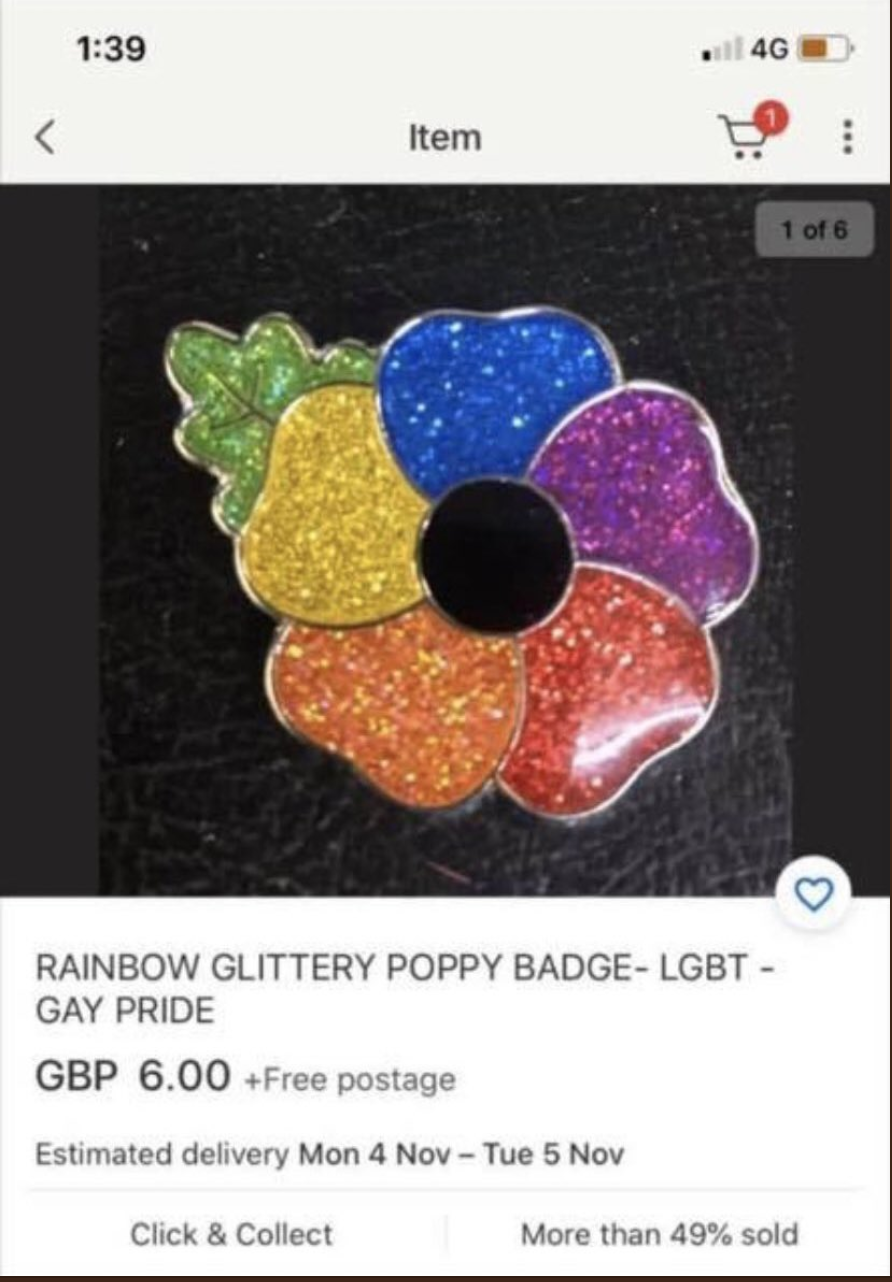 People who were LGBT+ in the armed forces were dishonourably discharged and persecuted despite the sacrifice being the same as other service people. A prime example of this is Alan Turing, who’s code-breaking skills is predicted to have shortened World War II by four years. When the secret service found out he was gay, he was sacked, arrested for indecency and chemically castrated. He later committed suicide due to this torture.

There are many mixed opinions about this rainbow poppy. Some people have claimed that wearing this poppy on a day of remembrance is immoral as it focuses on only one small group of people, forgetting the mass sacrifice of individuals. Others have ridiculed the idea and shared their opinion that the LGBT+ community are ‘taking over everything’ and that this is unnecessary.

However, some people state that acknowledging the sacrifice of LGBT+ people who fought and died during conflict does not change the amount of respect you have for the cause overall. Furthermore, on the RBL official website, they sell poppies alongside football and rugby pins – which have no obvious relevance to remembrance day at all, but these have not received criticism. Consequently, individuals who criticised the rainbow-coloured poppy for lack of respect towards all service people were called homophobic.

What is your opinion on the rainbow poppy?