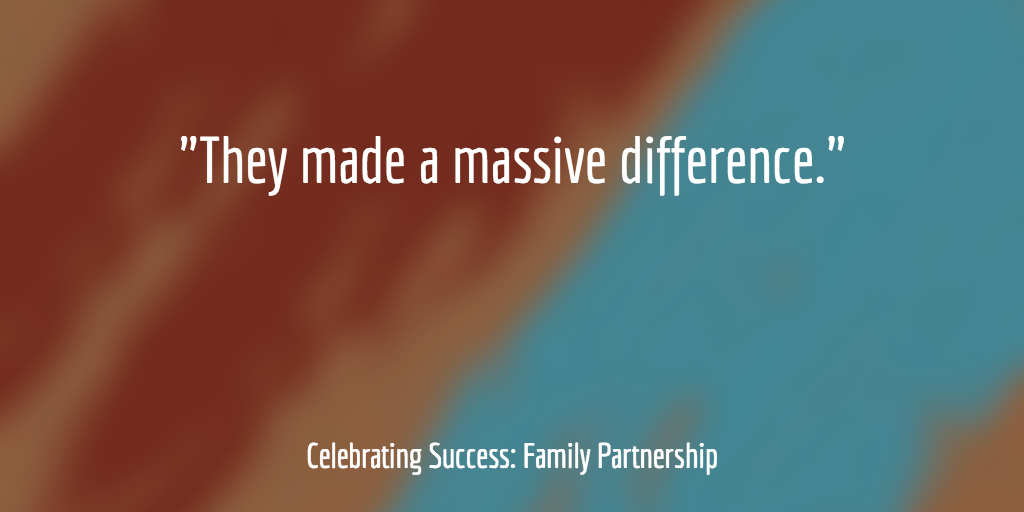 Mental health, unemployment, behavioural issues, many things can affect a family’s life. We speak with people who have used Cardiff’s Family Partnership for help.

There are lots of amazing services in Cardiff for young people and families, but sometimes we don’t always get to hear all the great work that they do. So in a new series on TheSprout, we’re going to look at some of these services and speak to people that use them to hear their stories.

First up is Family Partnership and service users John and Sarah (names have been changed).

John’sfamily was referred to the Family Partnership as his son was experiencing behavioural issues (later diagnosed as Asperger Syndrome), and his partner was very ill.

Family Partnership works with families where there are children between the ages of 9 and 14 years with unmet complex educational, medical, or social needs, through a flexible, bespoke programme. The team is made up of a paediatrician, a specialist teacher, a psychologist, family education workers and a family liaison worker. The service is funded by Families First in Cardiff.

TheSprout caught up with John in Ely Hub, you can hear about his experiences here or read the transcript of our chat below.

“My name is John, I’m in Ely, in the Hub, and I want to talk about my experiences with Teulu [Former name of Family Partnership]. It started off a long time ago when my son was referred to them when he was the age of approximately 8. They came to the household, they looked at things and they turned our lives around. Examples being he had behavioural issues which they identified and they referred him to the correct places. He had assessments, he was diagnosed with Aspergers. His mum was ill as well. They helped mum, they helped the household. They got him in the right school as he was being bullied.”

“They are currently trying to get our daughter into the same school. My partner was very ill and they got the right people to talk to her, they got the hospital involved, the psychiatrist involved. They came to the house, they were very professional, non-judgemental, polite, straight to the point. And they sorted our lives out really, the whole house, they helped all of us.” 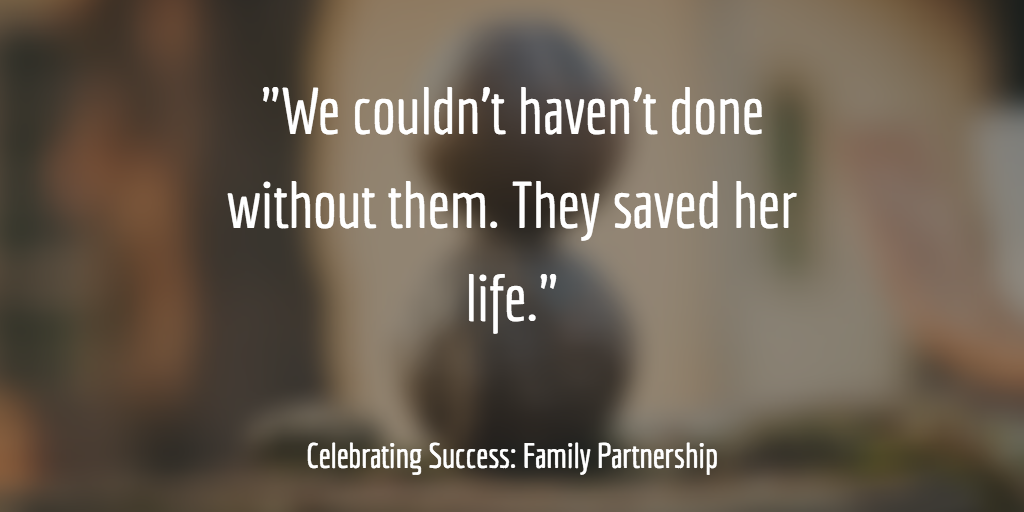 “Currently they’re trying to get out daughter into Cowbridge. Everything they’ve done in the past has been positive for our household. My partner has tried to take her life a multitude of times and they’ve been there, they’ve helped us but yeah, a positive light, I can’t say anything negative. Would actually like to meet there boss, really would, just to thank him for the brilliant staff that he’s got that are very polite and professional. Just very very grateful for a brilliant service. Even had my boy go on holiday once a year at one point, but unfortunately because of funding that’s ended, but no, positive everywhere.”

“We’d probably be split up, she definitely would be gone, she would have taken her life, definite. I would have been a single father with two children and I don’t think I would have coped very well. I would have tried but possibly the kids could have been taken into adoption, maybe, you know you can say you can do it but it’s a different thing when you actually do it. Fortunately I don’t have any drink or drug issues, so you know, but going back to what they’ve done, they’ve just been fantastic absolutely brilliant.” 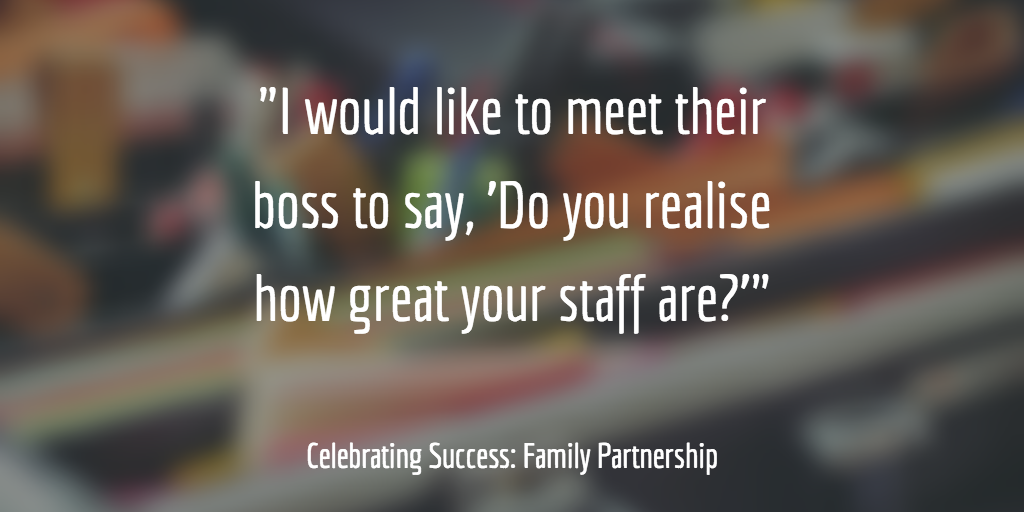 “I just don’t want them to finish, I want them to keep going, they’re great. When the kids grow up, I’m obviously going to have no need for them anymore but I think they’ve been brilliant. I’m going to be sad to see them go.”

“So we were referred into the Family Partnership when my son was at the end of year five. He had been having some emotional difficulties, and some difficulties in managing his temper and was displaying some other worrying behaviour, so his primary school referred him into the family partnership. They then came to see me to have a talk about Lewis and then they went to see him.”

“As a result of that they sent somebody into school to support him once a week with his emotional literacy, and talk to him and to give him a bit more secure feeling about his place in the world I suppose but they also worked with an educational psychologist and a paediatrician, and arranged for him to be seen and tested by both. All the while they where supporting Lewis and the end result was he was diagnosed as being on the autistic spectrum, about 18 months after they started working with us. So in that time they worked with the primary school and with us as a family, to support us and support him through that process.” 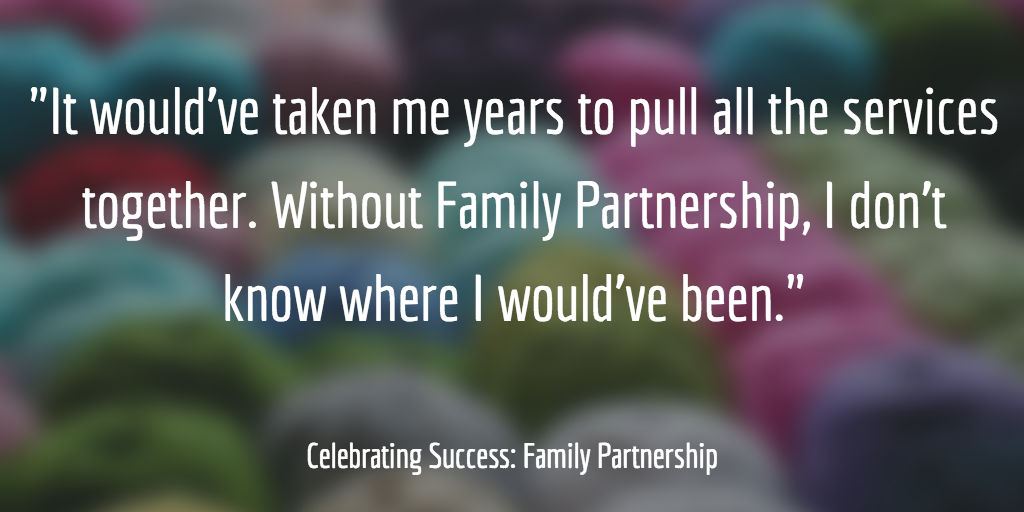 “If I had had to pull all those things together myself, I wouldn’t have been able to. But they were able to pull in what in what he needed and they were also able to pull it in in a short space of time, so that he could be diagnosed before he started high school, which I think has had a really strong impact on his positive start in high school. Because as well as supporting him, so that I felt I had a load off my mind, I knew that he was being looked after and supported and given an outlet. All these things were happening behind the scenes to sort of move things forward.”

“Rachel and Jude came to see me probably about once a month just for a cup of tea and half an hour, which was really good as I could explain any worries that I had, but also they could get to know us and how we operated as a family. But yeah it just reassured me that we were doing things OK and that we weren’t alone and that everything was going to be ultimately OK.”

Family Partnership is run by a Cardiff Council Education Service and is funded by Families First in Cardiff. Family Partnership has previously been called Teulu and Fast Track and you can contact them on 02920 788423 or email JLake@cardiff.gov.uk.

We want your views!

Being A Top Notch Friend