It was last December when I met up with an old friend of mine from university for the first time in two years. We shared a few drinks at the Kapu club whilst the movie Point Break was played over the screens above us and talked about the things that have always interested us, politics, television and of course books.

It was whilst watching Point Break in the bar that my friend asked me that all important question: Who’s your favourite author?

It was then that my friend asked me one of those all important, soul-searching questions. “Who’s your favourite author?” which then followed on to “What’s your favourite book?” It was a difficult question and a matter for some serious thought. Because I love to read and the idea of choosing just one author or just one book out of the dozens I have read just wouldn’t be enough.

In my life I have been given such wonderful pleasure from reading. It is something that I have done quite religiously now for over twenty years. In that time have read many influential and delightful books and to just choose one book by one author just wouldn’t do. So I asked my friend to give me some time to think about it.

I answered him with an e-mail of not One author but Ten.

So I answered my friend with an e-mail about two weeks later and in this e-mail I had listed off ten books by ten different authors. I have not consciously tried to make the list varied. I have simply chosen which books have most influenced me in addition to which ones have afforded me the delight of a repeated reading.

The nationalities are varied, one Frenchman, one expatriate Russian, one American, three English and four Welsh. So in picking them I have played no favourites but have simply chosen the best of the best. No doubt there might have been even more variation had I allowed myself more than ten. But ten is a sensible number so ten it shall remain.

My plan is thus. To give each book its own review article. The structure that these articles will take shall go like this: I shall start with a quote, either from the book itself (if applicable) or from the writer’s work and then shall follow into a short overview of the writer’s career.

From there I shall go into a plot synopsis, being careful not to include any spoilers, and then on to character analysis and motivation. I shall conclude the article with a small overview of the writer’s career since the publication of said book and the influence that his book has had on the masses since.

Some of these names you will no doubt be familiar with, others maybe not so much but I have chosen these authors because each of them has always had a special place in my heart and all were key in my own development as a writer. Also I have not attempted to pick the best from these writers, just my own personal favourites.

But it was the epic nature of the story in Victor Hugo’s Les Misérables that first stirred within me the urge to become a writer, with its long chapters full to the brim with high moral philosophy and obsessive detail of people and places. 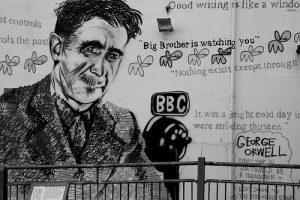 It was Orwell and Nabokov who helped me to define how my own writing should be categorised: the former with his political writing dedicated to exposing the lies of the propagandists and latter whose books looked into the moral and sexual taboos of life in 20th Century America. 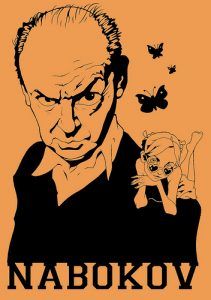 But it wasn’t until I read Jeffrey Archer that I saw the fine art of the storyteller and then Owen Sheers with the poet’s devotion to language and the art of crafting together words into such beautiful language, which in the case of I Saw A Man reached obsessive levels with Sheers redrafting the first ten thousand words three times.

Although the list is made up mostly of novel length books I have also deigned to include two collections of short stories. On the one hand the collected ghost stories of M. R. James, the most gifted ghost story writer of his day, and a quite recent publication by Caerphilly born Thomas Morris and his debut collection We Don’t Know What We’re Doing.

Though I have declined to include an American author in this list, more for reasons of space than biased, the ninth book on my list whilst being as American as apple pie was surprisingly written by French-speaking Swiss author Joël Dicker. The Truth About the Harry Quebert Affair is the book that kept me company throughout many lonely nights in University spent in student laundromats. And whilst it may finish on the odd-side of 600 pages it is from start to finish an engrossing page-turner moulded in the same vein of Nabokov’s American novels and tinged with all the best qualities of modern neo-noir. 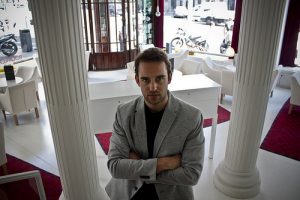 The final two writers, Dylan and Gwyn Thomas (no relation), I have chosen for very good reasons. Both writers have for me come to define the best of English-speaking Welsh literature in the 20th Century: Dylan for his evocative use of beauty and Gwyn for his naturally dark humour.

The WOMBS series shall start next week with my review of Victor Hugo’s Les Misérables.

Gaming for Good: Game on to End Youth Homelessness