Eugene Onegin comes to Cardiff as a part of the Russian Revolution Season at Welsh National Opera.

The choice of this season’s theme becomes apparent once you take a look into the Russian history: the revolution that turned the country upside down, the power struggle that led to a whole new regime, the time when everyone inside the country had to make a choice, a choice that sometimes meant going against everything they’ve known – it was happening all at once, back in March of 1917.

At first glance, it may seem that this high-society love story from the 19th century tells the audience about something remote from our everyday lives. But what can be more relevant than a story about love unfulfilled, love so overwhelming, it destroys everything in its way.

After all, don’t we all have a similar story from the past? So often we get burned when falling in love for the first time. So often they come back to us when it’s all too late. 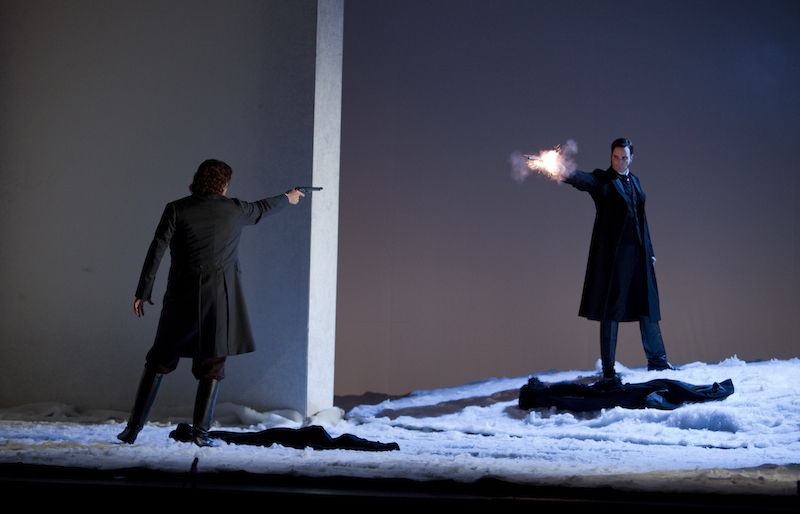 They say history has a way of repeating itself. We see it in fashion, in politics, even in climate. Quite often it takes a tragic turn in the end.

That way, Onegin’s story repeats itself and echoes in Pushkin’s own life, with a dramatic twist that takes his life. Much like his antihero Eugene, Pushkin was led to initiate a duel with Georges d’Anthès, a French officer in the Russian Guard, over the rumours of Pushkin’s wife’s romantic connection to the former.

Less fortunate than Onegin, the poet got badly wounded in the duel and died within the next two days. His death has taken on an almost mythical status in Russian culture.

Tchaikovsky’s Eugene Onegin is proclaimed to be one of the most beloved and admired of all 19th-century operas. Clearly, not without a good reason. Watching it today I can add that the choir and WNO orchestra managed to create a unique atmosphere, filled with romantic spirit and echoes of Russian aristocracy. 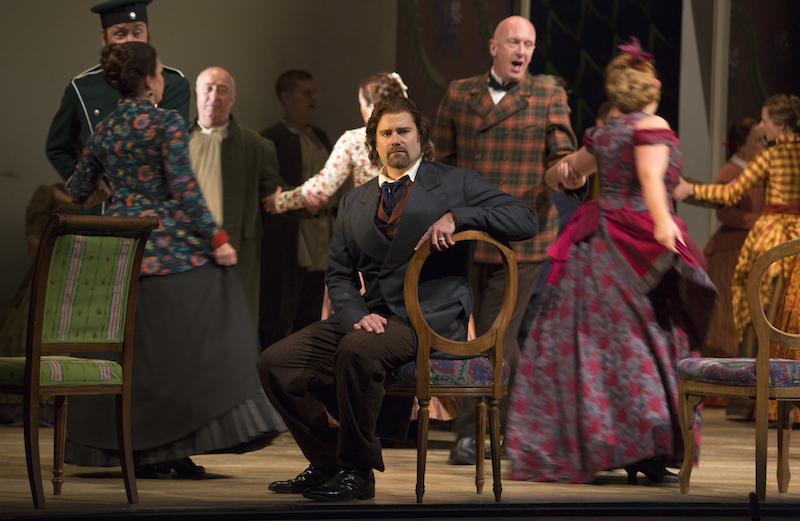 However, as someone who is a big fan of Pushkin’s poetry and Eugene Onegin in particular, I couldn’t help but feel like the opera was focused on anything but the actual story. The production felt more like a strain of lyrical scenes with long breaks, rather than a dynamic story with dramatic twists and unexpected revelations.

Last but not the least – watching this opera in Cardiff was a unique situation for me. As a Russian speaker, a fan of Pushkin, and someone who’s never seen an opera before, I was more than excited, and even somewhat nervous.

It took some time for me to adjust to all the different accents of the singers, but once I did, the production became absolutely magical to me as a spectator. To name a few, Natalya Romaniw as Tatyana, Miklós Sebestyén as Prince Gremin, and Nicholas Lester as Onegin gave their characters absolute justice and made quite an impression on the audience.

Eugene Onegin left me thinking for a long while after the opera finished. One of the things that kept my mind preoccupied was wondering how different this experience must have been for non-Russian speakers, and those not familiar with the story at all?

Have you ever seen an opera in a foreign language that you didn’t understand? Do you think it made it more difficult for you to appreciate the beauty of that production in any way? Please, share your thoughts with us in the comments below!

WNO continue their Russian Revolution season at WMC with further performances of Eugene Onegin, Khovanshchina, and From The House of The Dead, then on tour.

Review: WNO – From The House Of The Dead @ WMC