As Brits, our uptight inhibitions often refuse to let us admit our ‘guilty pleasures’, so to speak, to one another.

If you were to openly admit your penchant for country music a few years back, you most likely would have been the laughing stock of your class or office. That joke has worn off now, though, as in recent years, thousands of British fans have formed an ever-growing line dance to shake off the stigma surrounding the genre. It has effectively transcended from corny to cool with the help of an array of rising artists such as The Shires, The Wandering Hearts and the ladies in question here, Ward Thomas. Born two minutes apart from one another in the quaint town of Empshott, Hampshire, the 24-year old Ward Thomas twins – Catherine and Lizzy – have most definitely capitalised on the Nashville effect (the 2012 American drama has a mass following in the UK, and has changed many an opinion of country music as a result).  Aside from the relishing in the zeitgeists, Ward Thomas have managed to reverse the oddities of country music by translating it into a genre more accessible to a profoundly British audience; an audience which previously had seldom seen country acts born and bred over on this side of the pond. 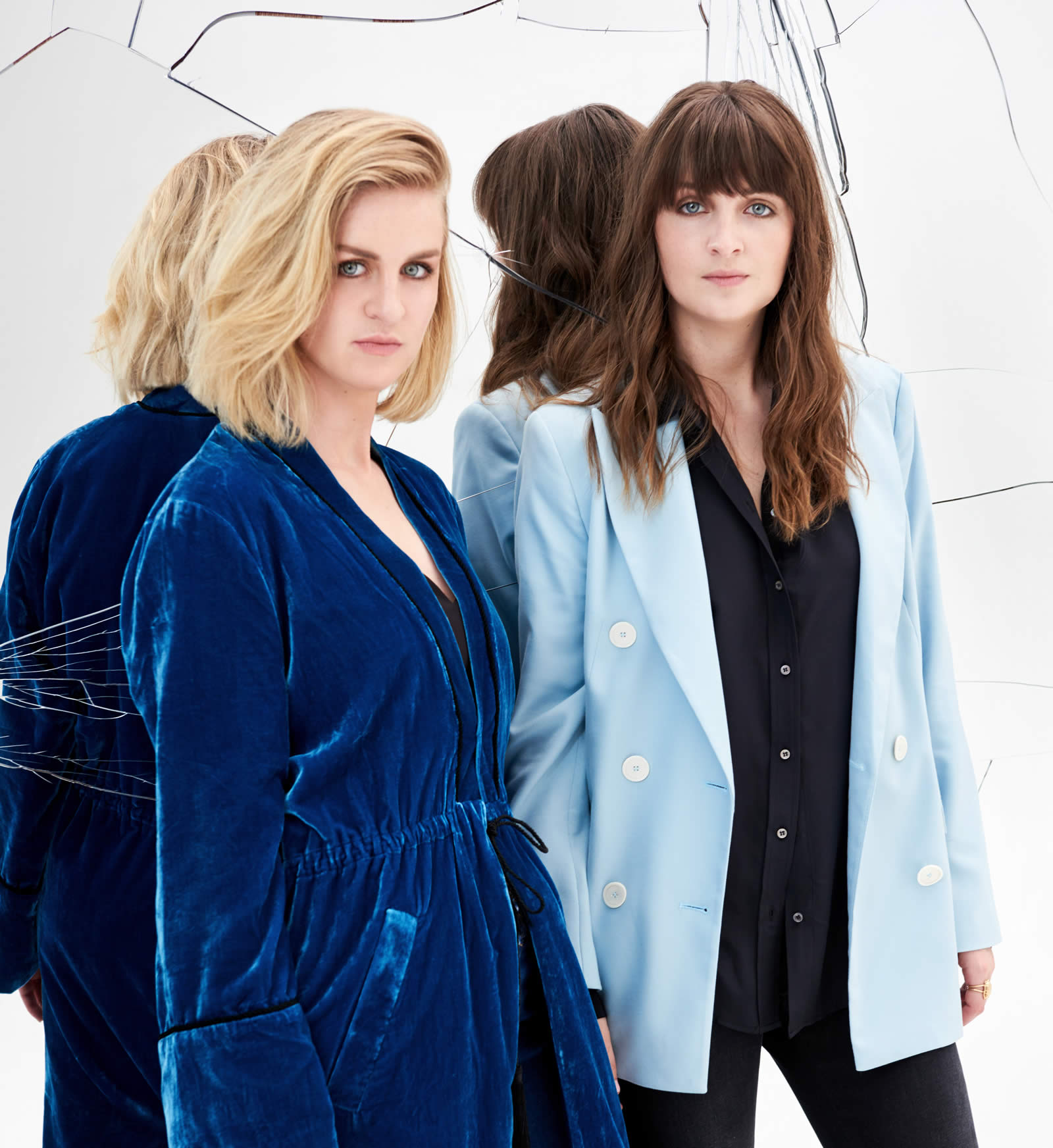 If you’re feeling rather uninitiated, so much so that your knowledge of contemporary country music solely begins with Garth Brooks and ends with Carrie Underwood, Ward Thomas is your entry-level introduction into a whole new sphere of pop-country crossover acts that have being making waves as of late. By becoming the first British country act to hit the top spot of the Top 40 back in 2016, Ward Thomas upped the anté by establishing themselves as the golden girls of their genre. The duo has continuously pushed against the restricted confines of traditional country music by interweaving notes of punchy pop to lift up their slick songwriting, as clearly they aren’t averse to polishing country’s old cowboy boots with a dash of modern-day sensibility. 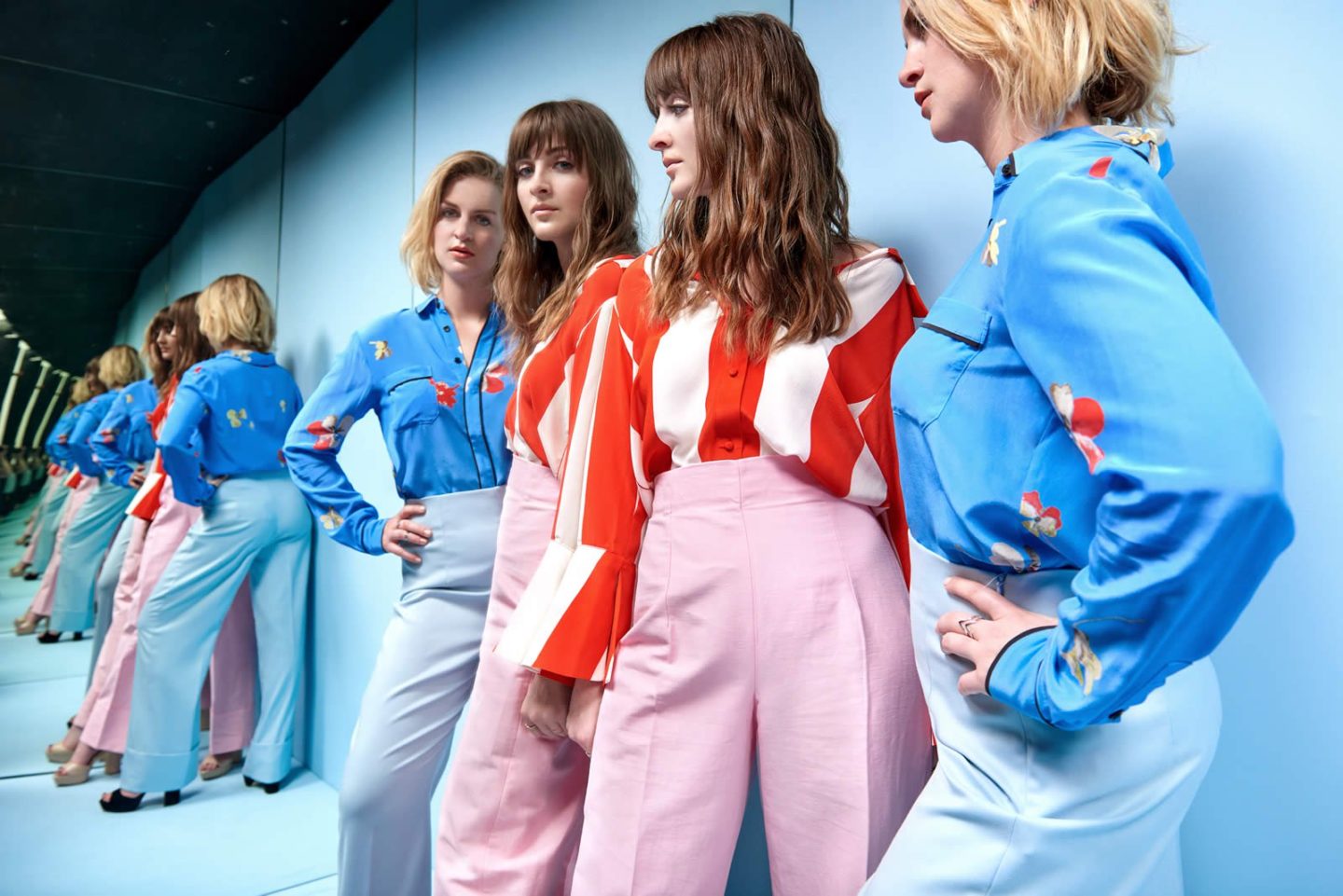 If tonight’s sizeable, sold-out crowd in Cardiff is anything to go by, it seems that the masses have caught onto the aforementioned winning formula. Strolling onstage with steady confidence to the swinging hook of Lie To Me, the lead single from their last album, Restless Minds, Ward Thomas immediately set the tone for this evening – one that is overly joyous, and at times, candid, as it allows the sisters to flit between dancing around their genre-blending beats whilst sharing anecdotes about their rocky experiences with social media, their even rockier relationship as twins, and beyond. 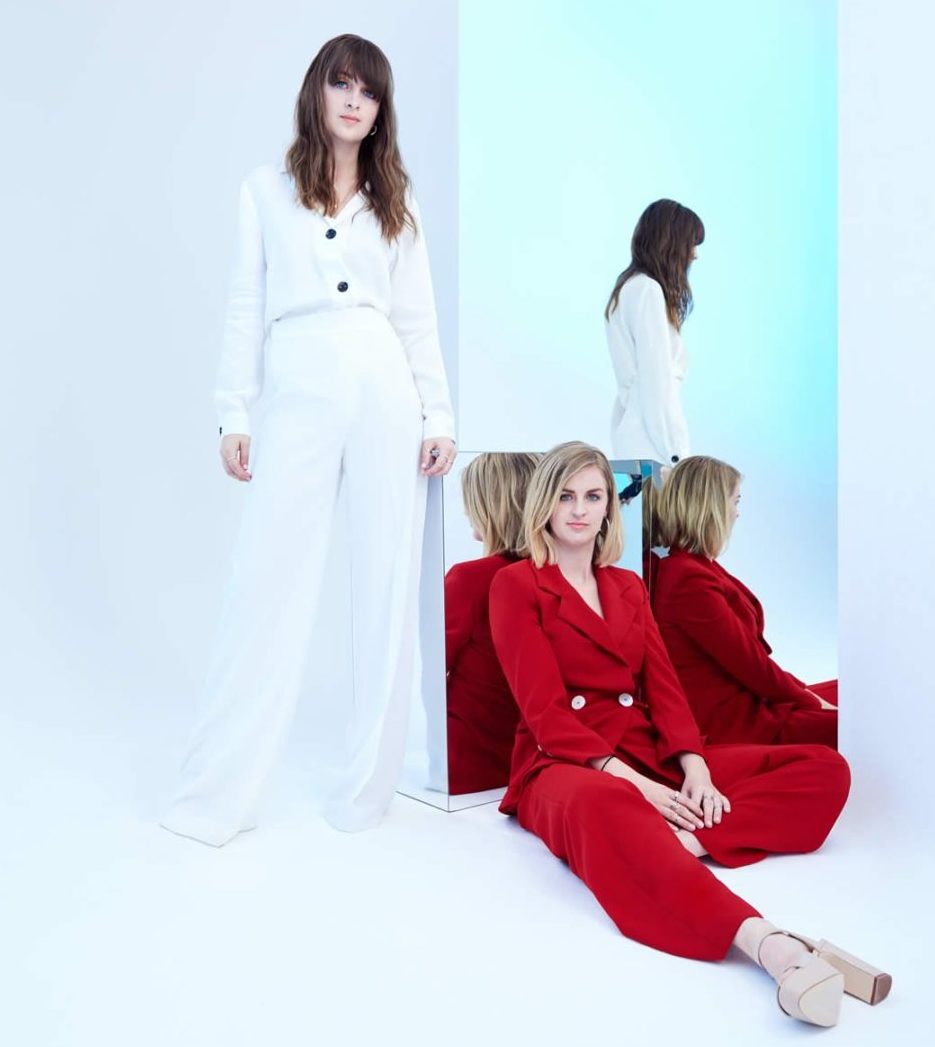 After gliding through the lush, bluesy foundations of Guilty Flowers and the infectious uptempo twang of Same Love, Catherine and Lizzy use their first dose of downtime to dish out a couple of stage-talk tropes. Whilst a tired cynic would just view this section as filler for their tour, it would be simply impossible to not believe them when they say that they are astonished by the fact that tonight’s venue, Cardiff’s St David’s Hall, has sold out, as country fans of this generation and the last have filled every single row of seats. Though their newfound fame with country and folk followers would mark them as – to paraphrase an overhead fan tonight – “the Hall & Oates of British country”, their stardom frustratingly doesn’t stretch much further than Radio 2 audiences, though pop-country of such high calibre genuinely deserves to be spread and heard far and wide. 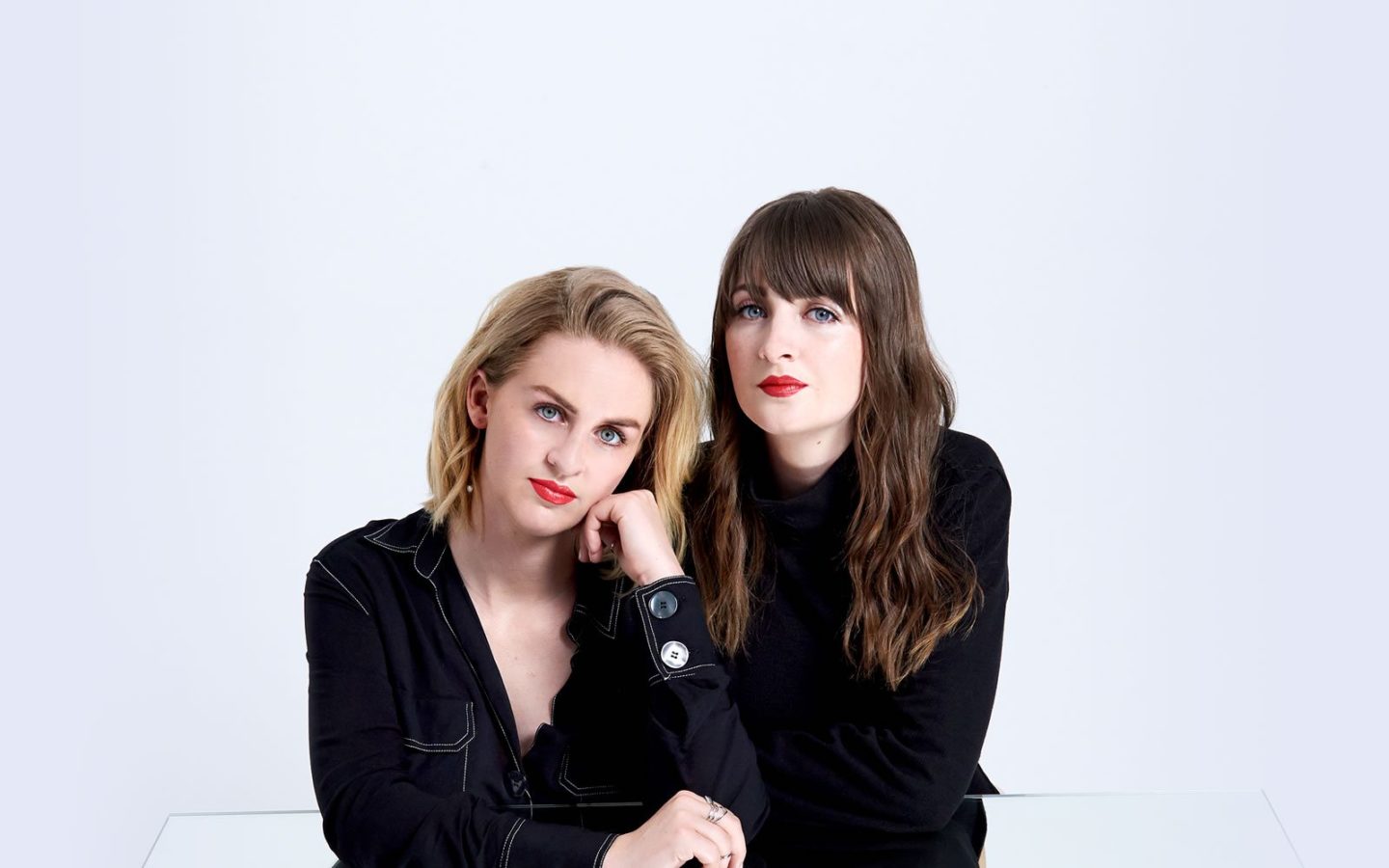 Throughout the evening, the sisters’ vocals are utterly resplendent in the way they graciously compliment each other’s tones, particularly throughout the country cadences of Cartwheels and Ain’t That Easy. Their sublime harmonies ultimately form the crux of tonight’s set, and though this may be rather pleasant on the ear, it doesn’t offer a chance for any risks to be taken. With that being said, it is evident that artists outside of the country world, such as KT Tunstall and Fleetwood Mac, have been touchstones of inspiration for the pair, as echoes of those artists permeate the delivery of tracks such as the delightful It’s Not Just Me. It is throughout ballads like the fairly poignant No Filter, where Ward Thomas present their personal insecurities, that they truly shine, as in instances like these, their superbly tight harmonies aren’t washed out by the layers of chunky synth beats that some of the other tracks present tonight. 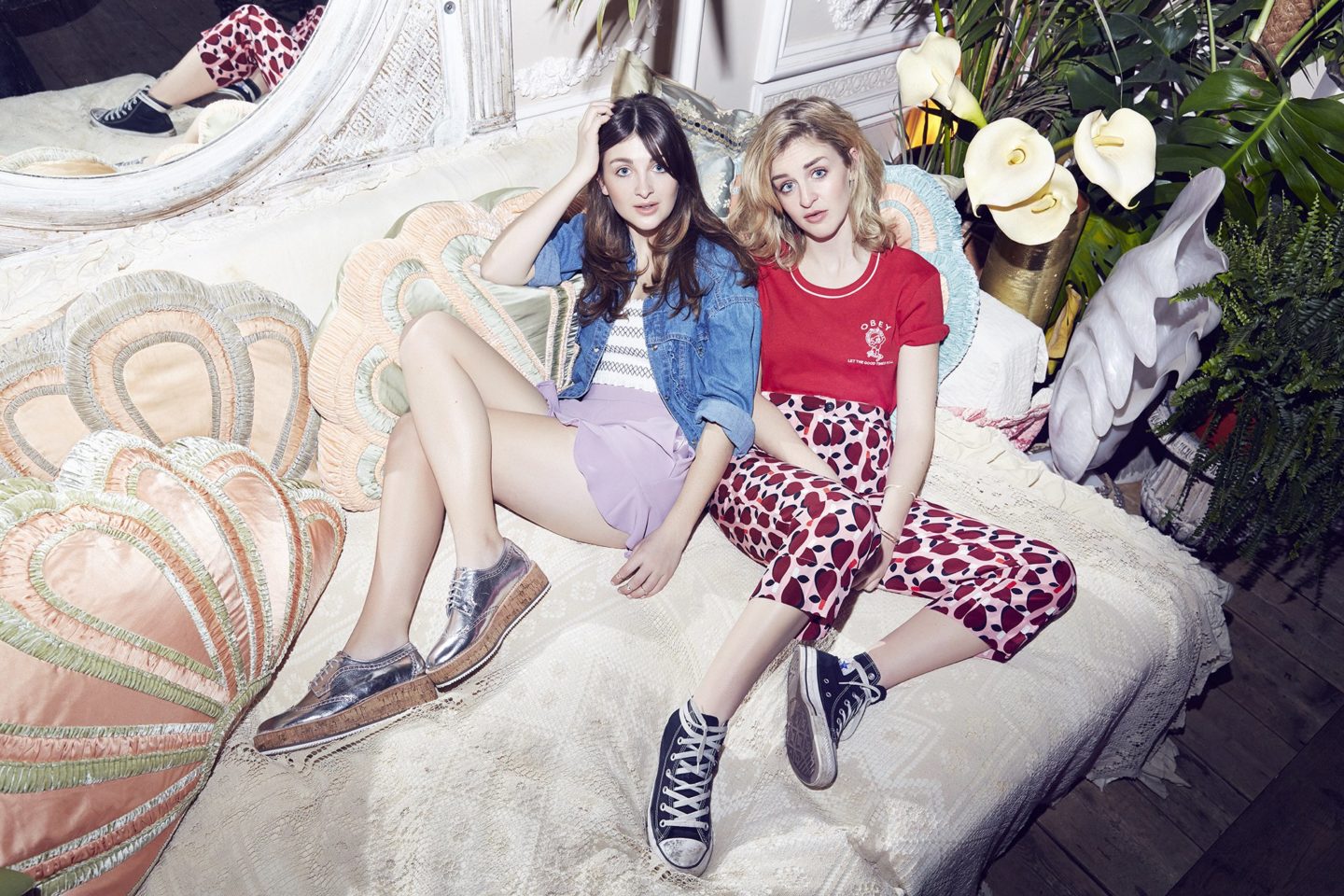 As the stomping Carry You Home brings everyone to their feet, clapping and cheering like there’s no tomorrow, it is clear that tonight’s crowd is truly in high voice this evening, and Ward Thomas’ recent repeated forays into pop styles haven’t wavered the fans’ appreciation of the duo’s homegrown roots.  Thank folk for that.

For more info on Ward Thomas, check out their official website.