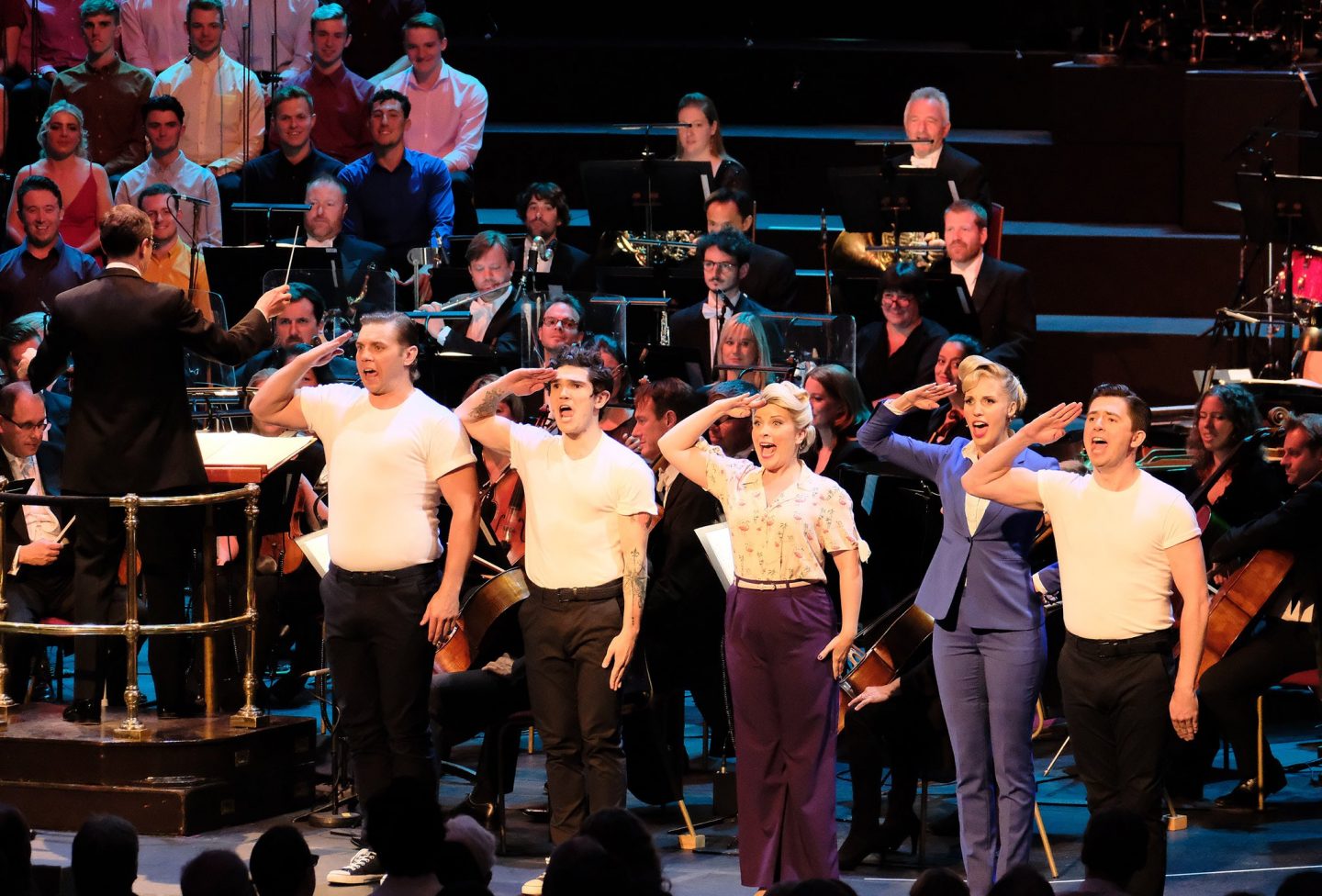 The 25th of August has been a looming date for classical lovers. The date is the 100th birthday of Leonard Bernstein, American composer, pianist, educator and humanitarian. His presence in 20th century music shouldn’t be underestimated, considering the breadth of his output in many fields of music. Around the world there have been celebrations for months (and will continue after) as it reaches its zenith with the big birthday. Seeing the Google Doodle made my day as well.

So what did London have to offer? The BBC Proms have gone all out with a bank holiday weekend full of Bernstein goodies. The big day was a special event, his musical On the Town conducted by John Wilson and the London Symphony Orchestra. This was an exciting prospect, made all the more wonderful with a fine set of lead singers, a student chorus (ArtsEd) and narration. Here lies one of his early musical success stories, leading to its popularity with its most famous song “New York, New York” and a film version (which is drastically different from the stage show) with Frank Sinatra and Gene Kelly.

There are moments of brilliance here, as proven by the composer’s love for all types of music including jazz, ragtime and the blues. Whilst the story might be bordering on paper thin, the songs are corkers and the dance numbers are plentiful. Based on a ballet, this is no surprise considering the hefty amount of dances in the show. In this semi staged production there were sadly no dancers to be seen, resulting in a fair amount of static energy on stage. Choreography by Jerome Robbins is what made Bernstein’s bombastic music shine through, in its starling physicality and resplendence. Maybe due to the copyright restrictions, this felt like a vital element of the show stripped away, leaving a gaping wound.

Three sailors are on leave in The Big Apple for a mere 24 hours. Within this time they plan to woo some women and they do so surprisingly quick. This is very much a show of its time, as is proven by the nature of the themes, with much to say about the culture of courtship. Hildy, the taxi driver is a character to note, as she pounces upon unsuspecting Chip, with no moment of consideration for his needs. With today’s buzz terms of consent and rape culture, it remains a shock, though refreshing to see the women make the first move in this rare instance of comedic complexity. Their first song together Come Up to My Place, during the absurd taxi ride is a break neck feat of endurance as she plans to miss all his tourist stops, as he tries in vain to remain a gentleman.

Some of the songs really are just fantastic. I Can Cook Too, another one for Hildy, is a funky rebuttal from the frisky character who, played by Lousiem Dearman, stole the show with this bonkers character who we just can’t seem to get enough of. Other song favourites have got to be Carried Away, I Wish I Was Dead and Ya Got Me. Dance wise they all have a remarkable favour and enticement, the music for the concluding Coney Island is a bolstering musical endeavour and a firm favourite of mine.

Under the considerate baton of John Wilson, the London Symphony Orchestra made for swell music making. The narration of Kerry Shale might have also taken away from the staging elements, but he did his part his panache and a gentle mindfulness of his role. An impeccable cast lead the way in all the odd roles, adding flicks of inspiration, each in their own way. Siena Kelly as Ivy, the mysterious figure who leads a double life as model and dancer, here was played with conviction. Barnaby Rea as Judge Pitkin, a strange and perhaps closeted figure, here done with great comic timing (every time he sings “I Understand” it just made for more laughs).

Celine Schoenmaker is merry as Claire de Loone (a witty Debussy reference there), the plucky geologist who has the hots for Ozzie, a firm Nadim Naaman. Claire Moore as Madame Dilly, the drunk music teacher is brief moments of humour, though her presence on stage was always welcome, in more drunken stoopers. Nathaniel Hackman as Gaby is another strong lead, who has the singing chops for the role and the charisma to boot. Fra Fee is simply adorable as Chip, a handsome up and coming actor and singer who’s talents are all on force, after being the supporting cast for the Proms West Side Story, so more Bernstein under his belt.

My only bum note, was a happy birthday concluding encore to the great Bernstein would not have gone amiss on the special day that it was.

An event to cherish for years to come.

Watch On The Town on BBC iPlayer for 30 days after broadcast.

BBC Proms continues at the Royal Albert Hall till 8th September 2018. Proms in the Parks is on the same night at Colwyn Bay.