It can only be Billy Elliot, the story of a young working-class boy, growing up in the heart of the Industrial North, who wants to learn ballet. It has captured our hearts and imaginations since its first appearance on our screens as an award-winning British movie classic starring Julie Walters and Jamie Bell in 2000.

Since then, the movie has been adapted into this award-winning musical with a classic score of songs written by one of this country’s best songwriters, Sir Elton John, and with lyrics from the original writer of both the book and the movie, Lee Hall, Billy Elliot is a feel-good family show. A story that evokes much emotion about what it feels to be British and what feels like to be different or socially awkward.

It is a show that speaks to each generation, no matter how old or how young. This year’s production of Billy Elliot is embarking on its first tour of the UK and will be coming to the Wales Millennium Centre (WMC) for the very first time since the musical’s original premiere in London’s West End in 2005.

The show will be on at the WMC between the 15th June and the 16th July. 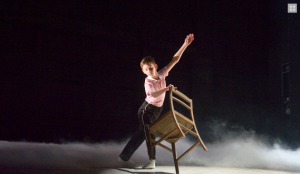