On Tuesday night (2nd October) St. David’s Hall in Cardiff became the deep blue sea as Cardiffians got the opportunity to dive into the most mesmerising films, courtesy of International Ocean Film Festival.

As the name implies, the programme for the evening was filled with films that focused on some aspect of the ocean. This annual event, in its fifth year, has come to the shores of the United Kingdom and Ireland for the first time. Since its infancy in Sydney, the mission of the festival has been to bring the best ocean-orientated films from around the world.

Ocean Film Festival did well with their curation, with stories ranging from inspiring to heart wrenching, to down right funny.

Touched by the Ocean told the story of Latvian friends, who had never rowed on the ocean before, had the ambition to row across the South Atlantic Ocean, from Namibia to Brazil. Their exhibition is a gruelling test, but as is demonstrated in the film, it is carried out with high spirits. This picture, directed by Laura Rožkalne-Ozola and Sandijs Semjonovs, had the audience on the edge of their seats gasping, but also in periodic fits of laughter.

Scarlet’s Tale tells the tale of promising athlete Achmat Hassiem with the dream of representing his nation, South Africa. However, his dream became dashed when, during a training drill with his lifesaving team, he encountered a shark. While trying to escape from the shark Achmat recalls: “I turned around to see where my leg was, and that’s when I saw half of it was in the shark’s mouth already”. Despite the shark, which he names Scarlet, taking one of his legs away, Hassiem develops an unlikely friendship with the shark. From this, a seemingly sad tale becomes a happy one. 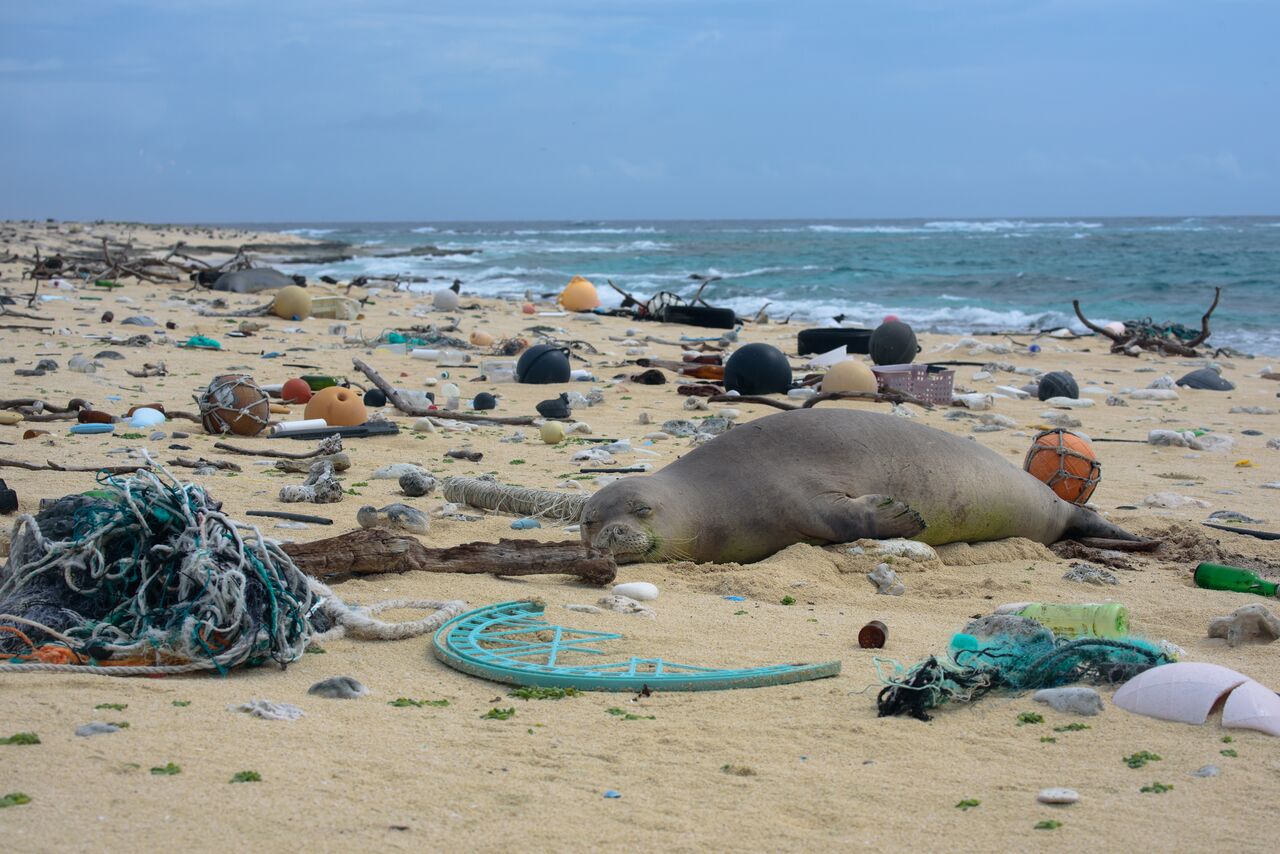 A part of Ocean Film Festival’s message was to reduce our use of plastic that is having a devastating effect on our oceans and our planet. This particularly was exemplified by the venue serving drinks in cups made from corn starch, as opposed to plastic one, and the use of paper straws as an alternative to plastic ones. In addition to this, many stalls in the foyer of the venue had information on how humans can have less of an impact on the oceans, and what we can to do to help.

Blue really brought home why it is important to act now to protect our oceans. It documents the effects of marine pollution and the devastation being caused to the ecology. The documentary shows that if humans carry on living the way they are, the prospects for our oceans and the planet that relies on them are going to be grim. This, they say, is what we can do:

The tour continues in the UK and around the world. Visit the website for dates.

If you were touched by this article’s content, take a look at our #NoMorPlastic series to find out how people are taking positive action to stem the tide of plastic pollution.

Mandela Trilogy: A Night At The Opera @ WMC