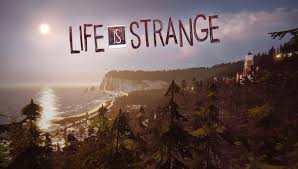 Who is ready to delve into Max’s life as it gets increasingly more complicated and hella more strange?

I’m a gamer, through and through. I love immersing myself in another world and escaping whatever troubles real life throws at me. I started off with a Sega Megadrive when I was a kid and played Streets of Rage, Golden Axe and Bubsy: Claws Encounters of the Furred Kind with my dad every Saturday. I went through a lot of different consoles growing up. I’ve had a Nintendo 64, Wii, Playstation, Playstation 2, Playstation 3,  Xbox 360 and I now use an Xbox One. It’s been amazing to see the gaming world change and develop so much in my lifetime. Starting off playing 8bit, cartridge games, playing the original GTA with bird’s eye view and now having brilliant 3D, HD and even VR games. 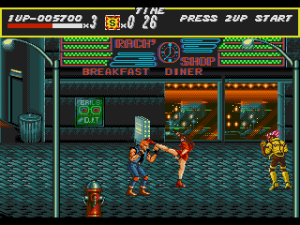 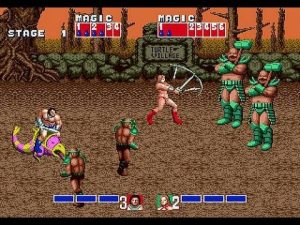 It’s not just the graphics that have changed over the years, the formats and genres continue to grow and expand. RPGs have been around for so many years now and are my absolute favourite type of game. I mostly play Sandbox RPGs (huge open world maps, heavily customisable, many side quests and areas to explore) and MMORPGs (online based role playing with other players) but I’ve really got into episodic games recently. 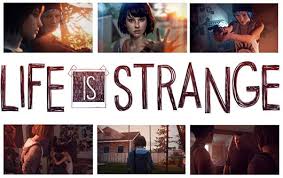 Episodic games are basically glorified versions of those ‘choose your own adventure’ books from our childhood. It’s like watching a movie or TV show but getting to choose how you want things to pan out. I had played some Telltale’s previously to Life is Strange (The Walking Dead season 1&2 and Game of Thrones) and really enjoyed them. The Walking Dead ones happen to be another all time favourite, the story is amazing in all honesty. So I had a little bit of knowledge with this type of gaming before but nothing, not even The Walking Dead, could prepare me for the emotional rollercoaster I was about to experience playing Life is Strange…

About a year and a half ago I was browsing the Xbox store on my 360, bored of all the games I had at the time and looking for something new to play. That’s when I stumbled across Life is Strange. I had never heard of it before and had no idea what to expect from it. But the picture drew me in and it was on offer at the time. I thought, why not? I’ll give it a go. Best random decision I ever made. 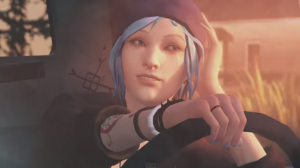 There are 5 episodes for this game and I played all 4, that were out at the time, over 2 days (I then waited very impatiently for the final episode scheduled for release about 2 months later). The story immediately drew me in. I related with the main character, Max. She moved away from her sleepy seaside home town as a young teen, similar to me. She left her best friend, Chloe, and everything she knew behind, but she moved back for her senior year of high school to attend Blackwell Academy to study photography, where she unexpectedly runs into her best friend again. It’s at this point she learns something crazy about herself that changes everything. 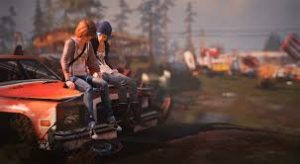 The moment I started playing this game I knew I was going to be binging it. Every aspect drew me in, the soundtrack, the atmosphere, the use of lighting in scenes and the characters. The story is tragically beautiful and it’s very easy to get lost in it. I felt a strong connection with all of the characters. Max, our protagonist, is a quiet introvert that gets mistaken as shy all the time, though she isn’t. She loves photography, playing the guitar and indie music and has a flare for interior decorating if her room is anything to go by. Chloe, her best friend is an edgy punk with attitude. She smokes, drinks and has tattoos and blue hair. Hella badass. 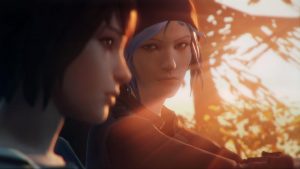 I took inspiration from both of their bedrooms by adding blue fairy lights like Chloe (I had the exact same attic style window at the time) and adding globe fairy lights above my bed and polaroid photos on my wall, similar to Max’s room. 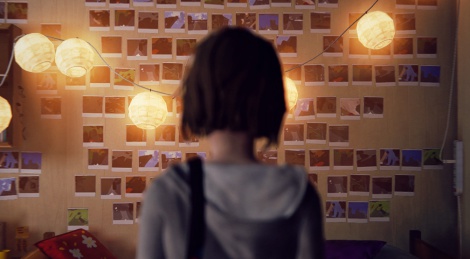 You meet many of Max’s classmates throughout the game and develop friendships, relationships or enemies depending how you decide to play it. You also meet some of the locals as you explore more of the town and delve deeper into the story.

The weather plays a huge part in the game. The art designers used the sun a lot for beautiful lighting at the beginning and end of the day. With an imminent tornado approaching, the weather does some crazy things, including snowing in particularly warm weather. Dead animals showing up from the sky and the sea, things got even… stranger. 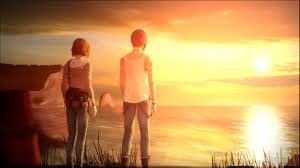 Playing the game made me feel immediately nostalgic. The vibe and atmosphere felt emotional off the bat. With the ending of each episode leaving me more and more emotional than the last, I don’t think I could have prepared myself for the last episode. The only world for it, honestly is ‘strange’. I completely shut everything out as I spent the next few hours discovering Max’s fate. Boy, did it hit me in the feels. I played through twice to get both possible endings. Both made me an emotional mess. After completing it I just ended up wandering around my flat aimlessly until my best friend asked me what I was doing.

The game touches on many important topics for young people to have a visual representation for. Hard decisions are made, struggles with emotions, bullying, the line between privileged and poor, relationships even physical disabilities and suicide. Drugs and alcohol are touched on a few times and dealing with death comes up more than once.

I think that, not only is it a brilliant story that most can relate to on some level, but with everything that is explored, from sexuality to religion, it makes it more than entertainment. It makes it something that can help and inform young people. You can relate to it and feel like you aren’t alone. Other people go through these things, it’s hard but it’s life and you can get through it.

If you’ve read my other reviews, you’ll know I’m a sucker for a good soundtrack and Life is Strange really hit that nail on the head with theirs. The game itself is crazy emotional but the soundtrack just makes it so much more. You can listen to it on Spotify  or YouTube.

The playlist is really chill and calming but at the same time, it will make you feel things. Syd Matters, Alt-J, Bright Eyes and Foals all feature on it but I have to say, Syd Matters – Obstacles is the one that really got to me: I would listen to it a lot on the way to work in the morning when the world is still asleep and seems really still, the sun starting to cast the first shadows of the day across the city… I’d really recommend giving the soundtrack a listen next time you are on a bus or train or just at home writing something.

What do I think?

I think it’s pretty clear that I love this game. I’ve recommended it to all of my friends and now I’m recommending it to you. The art, story and music really bring this game together and make it a masterpiece. I’d even tell non gamers to give it a go. The gameplay is very simple and easy to pick up if you’re new to games. I genuinely could not recommend it high enough. As the first episode is currently free across all consoles and Mac/PC, I’d say download it and give it a go. It really is a beautiful game.

To end on a happy note, here are some gifs of Max and Chloe dancing. 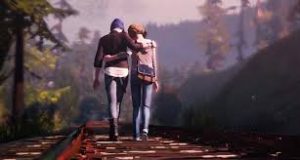 All images from the official Life is Strange Facebook page and Creative Commons.